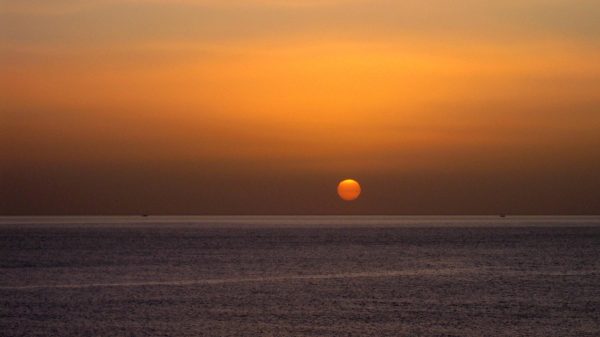 We enjoyed this unique sunrise but looks like a hazy sort of day ahead. 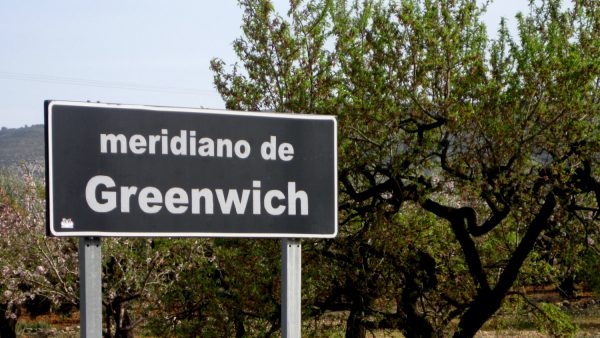 We crossed the Greenwich Meridian again for the third or fourth time near Albocasser, heading to the Alt Maestrat region again. 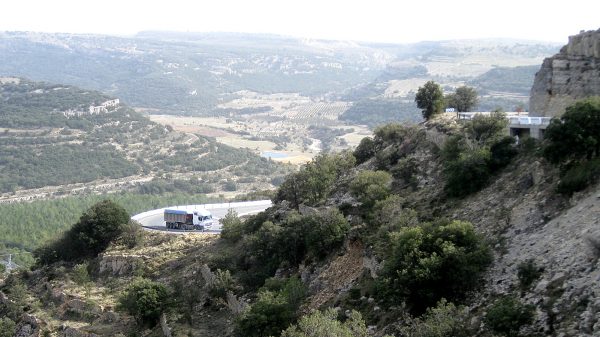 An attempt to capture the twists in the road from a safe overlook. 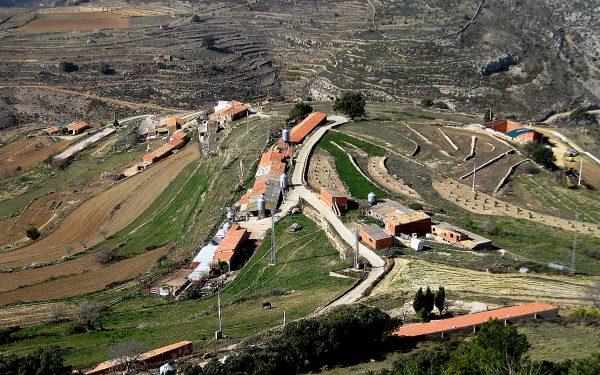 There are a lot farms – this looks especially prosperous. 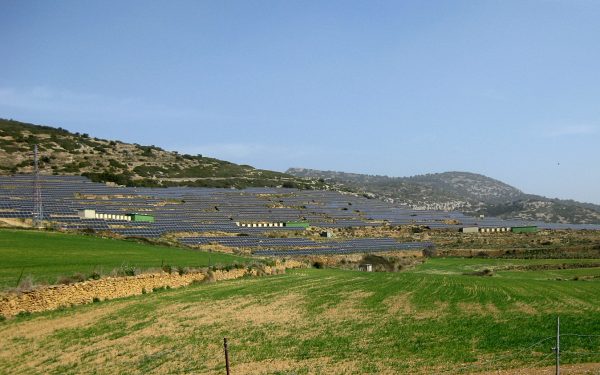 There are multiple solar farms – a huge photovoltaic array. 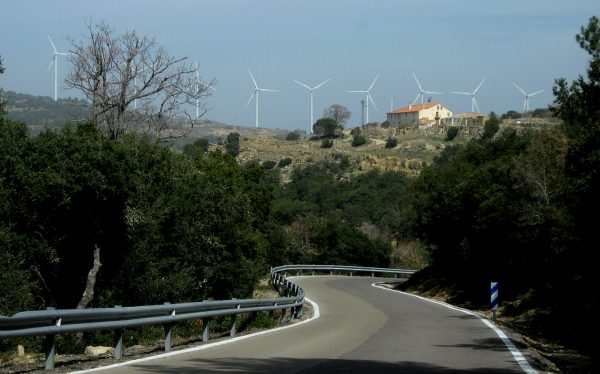 Of course we expect windmills in Spain – even modern wind farms! 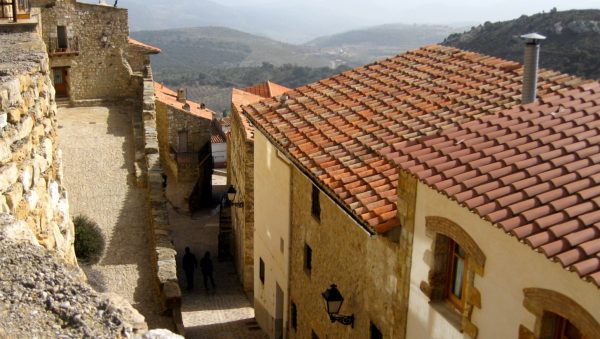 The village of Culla is nicely situated on a defensible hill. It also has an observatory so probably a good dark sky community. 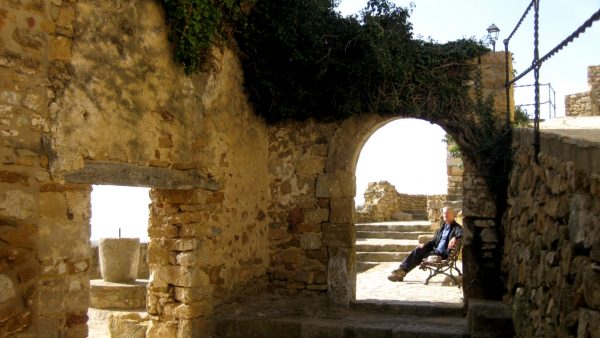 We took a break to enjoy the views and contemplate the history. If it was clear, we could see Penyagolosa – there is an annual pilgrimage from here to there. 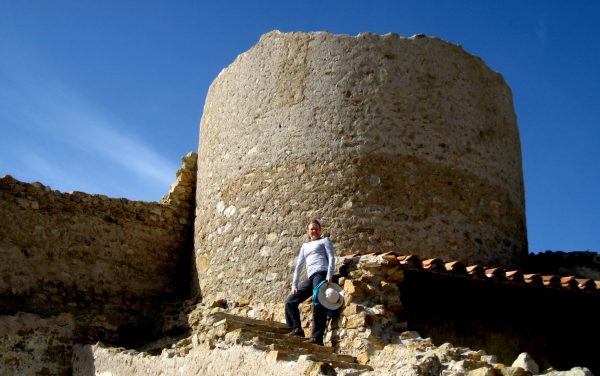 Made it to the Tower! Can now defend the kingdom! 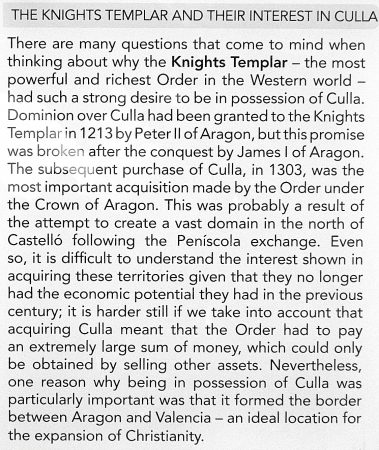 Knights Templar and their Interest in Culla. 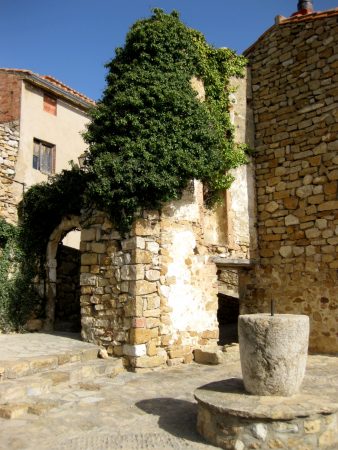 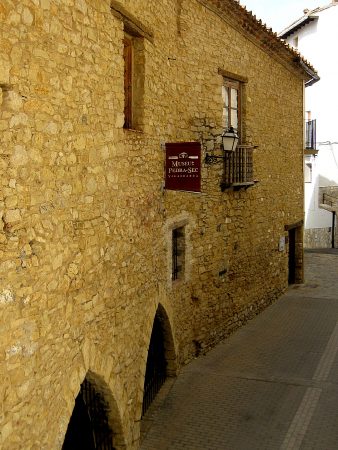 `We continued on, almost at the border with Argon, to Villafranca del Cid.  The history of this community is raising sheep, producing wool, and selling it to Italy. They realized they should make their own textiles to became more prosperous. There are many wonderfully preserved homes/buildings. 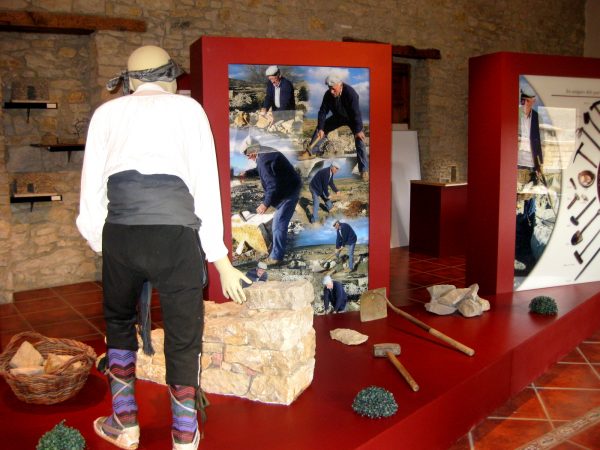 Inside this medieval building from the 1500’s, we had a personal tour of the displays explaining “Piedra en Sec.” Buildings and walls were built dry stacking stones because they were so numerous and were readily available (free). 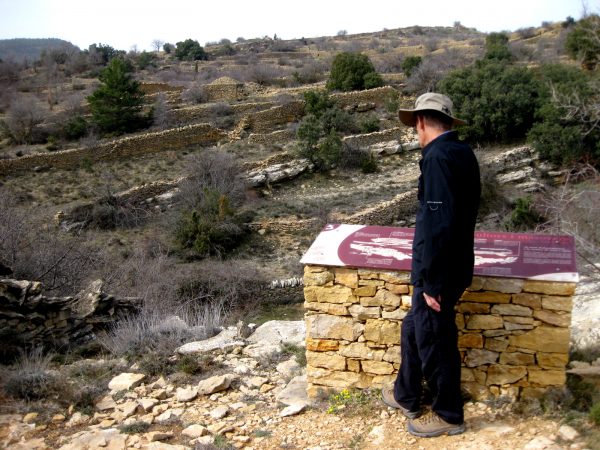 We were given a map to find a walking route to learn more and examine more closely the Piedra en Sec techniques. We had been fascinated with these earlier in our trip at Valltorta. 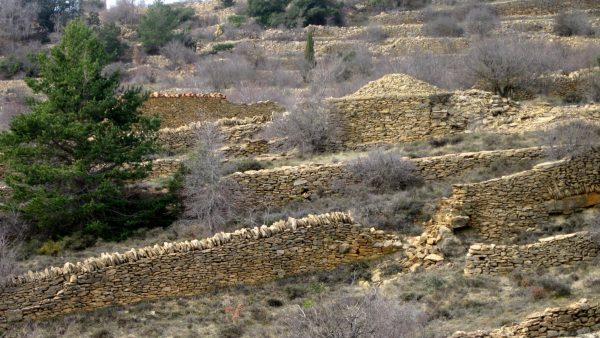 This area was very concentrated with stone walls to enclose sheep – some had little sheep openings and buildings for shelter from weather. 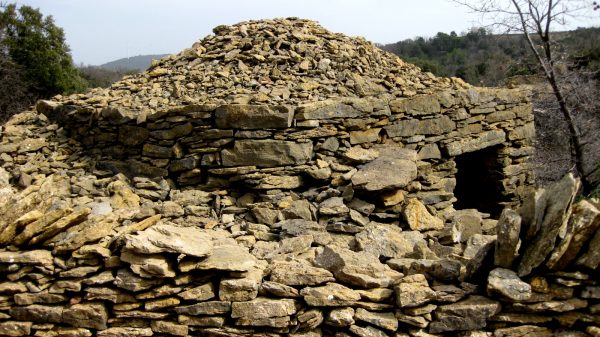 Buildings have different ways to have the stones steps for reaching the roof to remove chimney rock allowing a fire to be built inside and smoke to escape. Some buildings are square, some round, some a combination depending on the artistic creativeness of the builder. 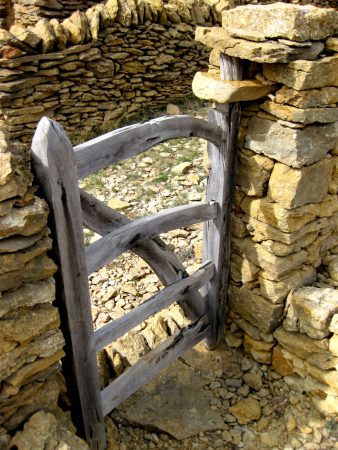 Absolutely love this extraordinary gate hinge detail. A hole is created in the rock that is built into the wall to allow post of gate to go into it and allow it to pivot. You lift gate up a bit to swing it open.

This entry was posted in Architecture, Hiking, Spain. Bookmark the permalink.