Valencia – City of Arts and Science

We traveled to Valencia for a day to experience Santiago Calatrava’s architecture.

We had time to walk around for an hour or so before opening. This is Hemisphere building – Planetarium and IMAX which opens like an eyelid but we did not see that operate.

We are lucky to have such a beautiful clear morning to fully appreciate this City of Architecture complete with bridges.

Doesn’t this Fiat 500 remind you of the Mini Cooper Chase scene in the Italian Job? This is a 50 meter Communicating Arc, where you can talk to someone at the other end. Perfect acoustics. And a pretty nice reflection!

The fighter Jet gives a difference sense of scale. The columns are shaped to emulate trees. A truly grand space!

In addition to the Exhibit on Mars, we saw one on the Mediterranean, the Talking Brain, DNA Coding, and other sciences.

We even got to celebrate again the 50th anniversary of the Moon Landing.

The legacy of Science: Severo Ochoa won this Nobel Prize in Physiology and Medicine in 1959 for his discoveries about the decoding of deoxyribonucleic acid (RNA). We had not seen an actual Nobel Medallion before. There was a permanent exhibit on three science Nobel Prizes for Spain.

The Adventures of Alice in Wonderland – there is science in many stories – or so we learn! We are ready to take our own lunch downstairs.

The Umbracle is a green roof garden above the parking structure.

There were a lot of young people in groups, on the boats, and playing inside these bubbles. A very popular community park. 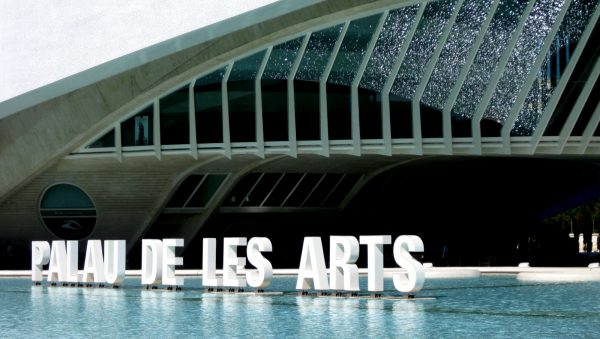 The next building to explore is the Palau De Les Arts – the Performing Arts Auditorium and Theater. 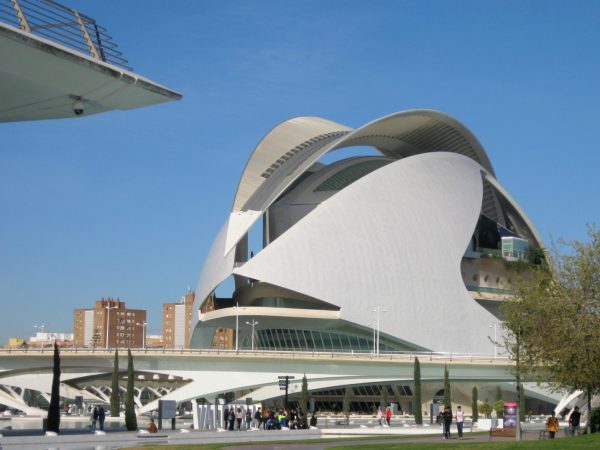 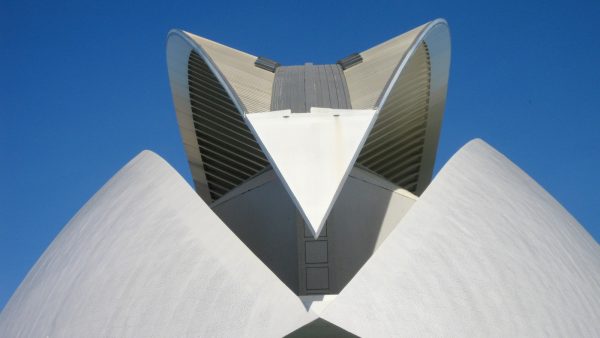 The center section is actually built like a bridge cantilevered over the top of the building. 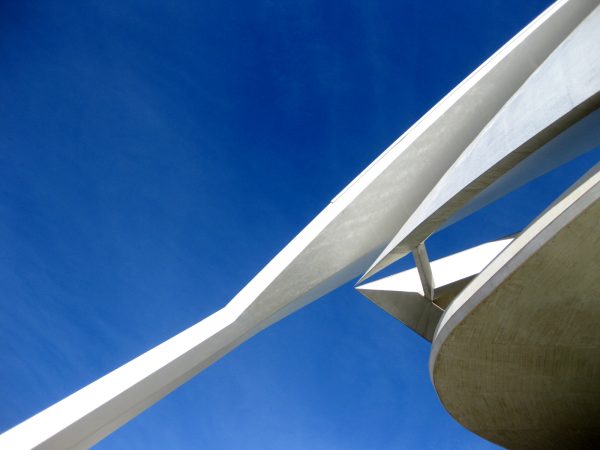 This is the other side where the support is anchored into the ground.

A great day in Valencia!