Via Augusta to Sagunto 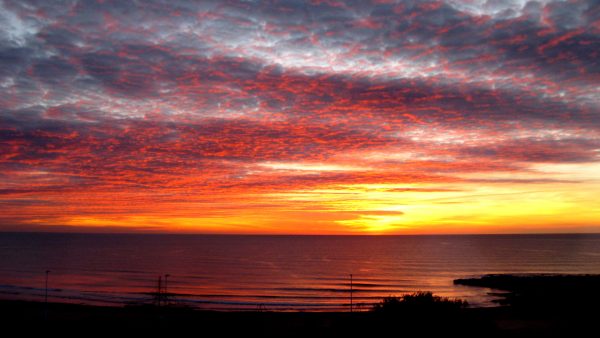 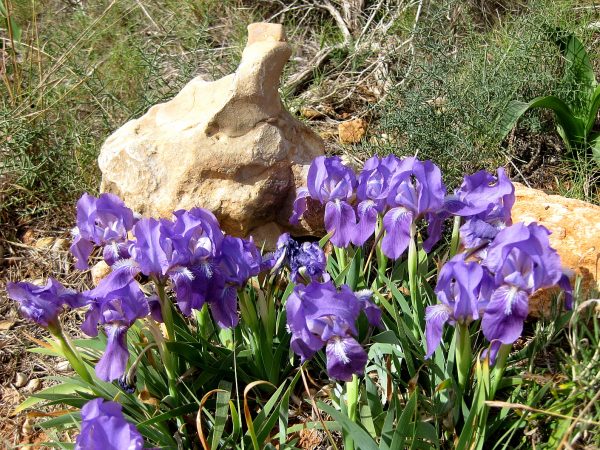 Beautiful spring day for a walk along the Mediterranean. Natural iris in full bloom. 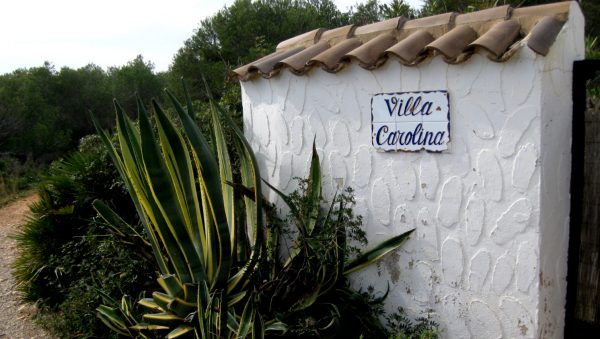 Thinking of Zoe as we walked by this Villa. 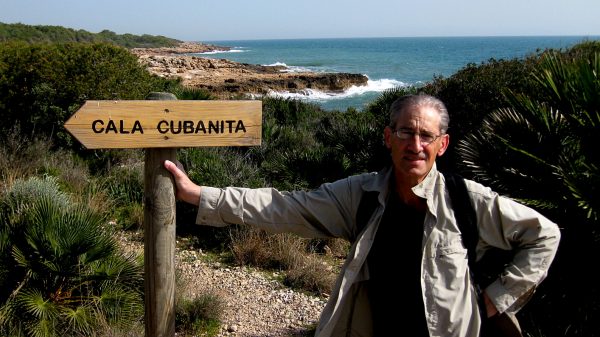 Which came first – the Cala or the country? We were wondering how Cuba got its name. 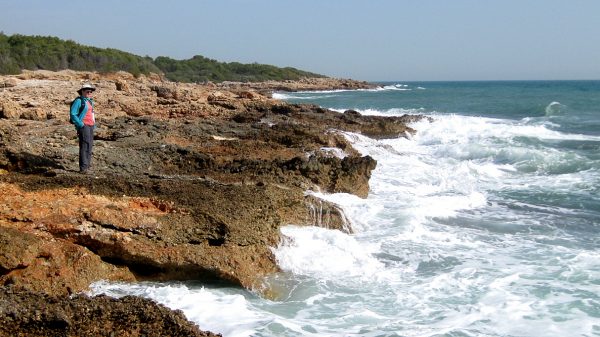 The wildest waves we have seen yet. Very much enjoyed the crashing into the shore and the little waterfalls. 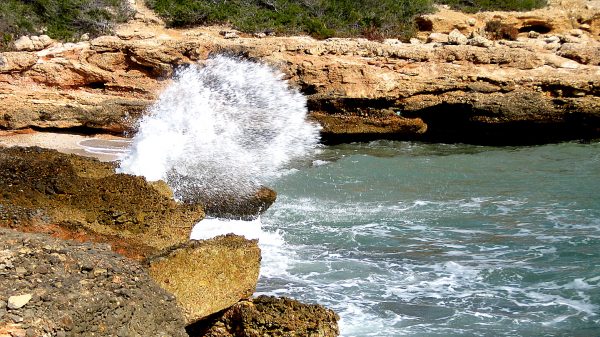 A big one splashed into this alcove. 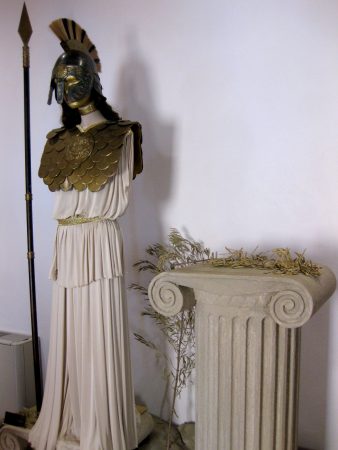 We went to the Carnival Disco-mobile Parade which started at 10 PM. A very LOUD very SLOW moving party with lots of spectators. 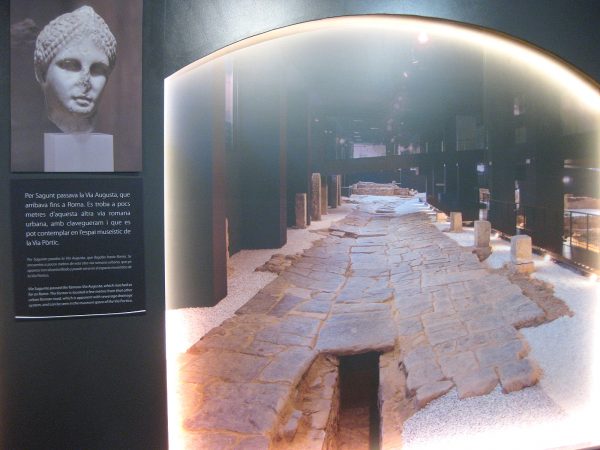 Via Sagunto connected to Via Augusta which went on to Tarragona and all the way to Roma. There is also a Theater here as well as some precious other remnants.

This was a fabulous defensible site! 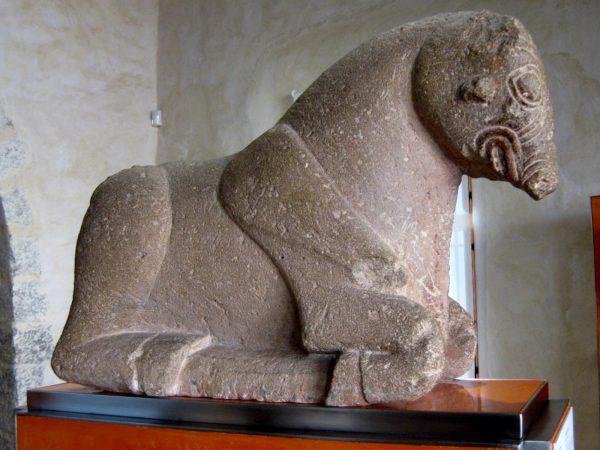 The Iberians were here before the Romans. This is 4th century B.C. Iberian sculpture of a bull – that is around 2,400 years old. 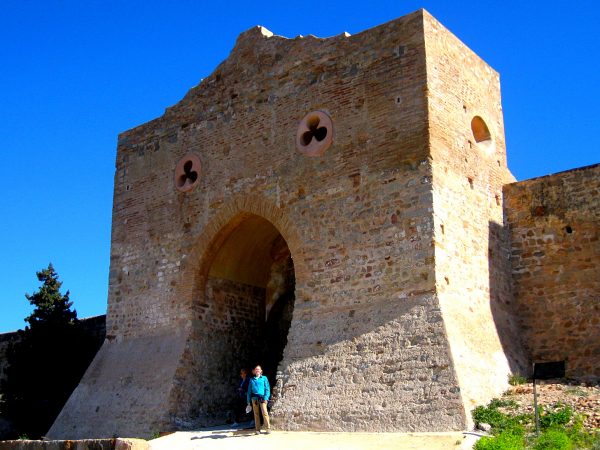 Time to storm the Moorish gates! 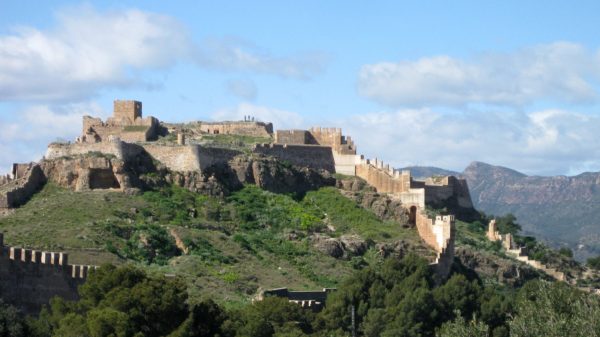 This is the largest castle we have been to. It has an incredible view in all directions. 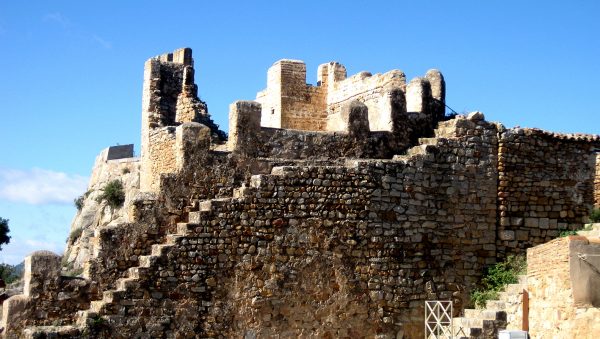 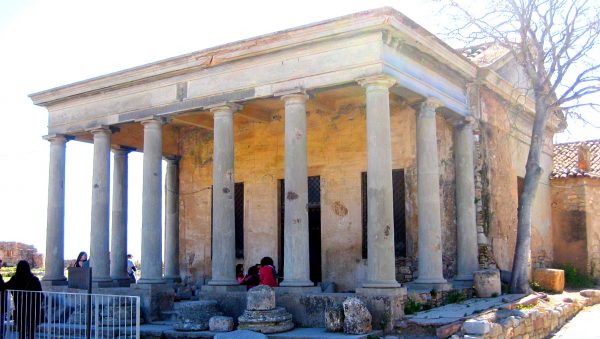 A partially rebuilt Temple of Diana – the only one Hannibal managed not to destroyed. Wasn’t he the guy with the elephants? He attacked Saguntum in 218 BC starting the second Punic War and then took his elephants across the Alps to attack Italy – he probably went through this entire part of Spain and the Pyrenees as well. 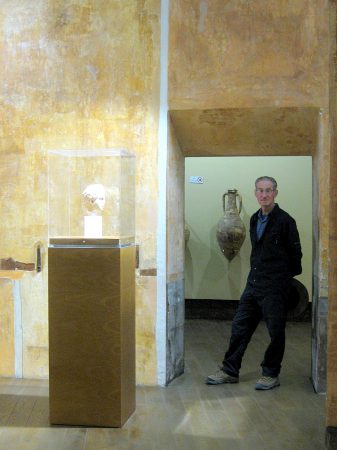 A preserved and renovated old 14th century mansion with an amazing collection of artifacts. 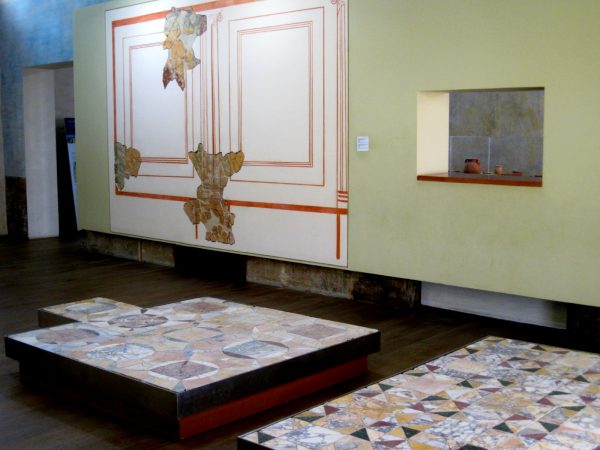 Marble mosaic Roman floors and wall details. Not sure where exactly in town these were found. 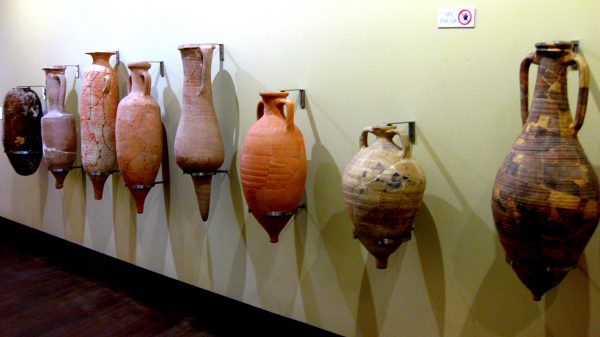 Amphora Vessels from the Iberians (farthest away and oldest) to newer through various Roman and medieval periods. 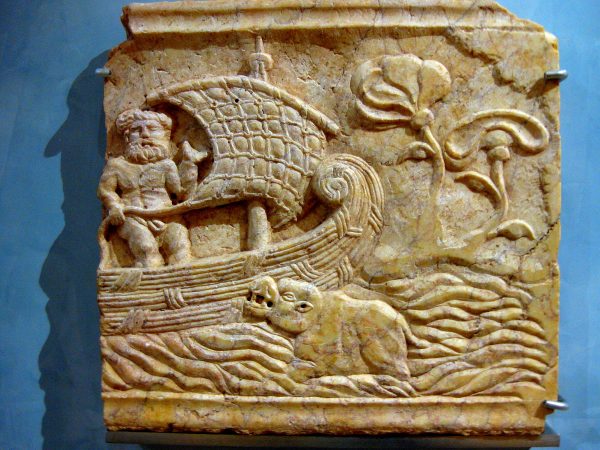 We are always reminded we are not far from the sea. This is an intricate marble carving from 2nd or 3rd century excavated in the Plaza del Moreria. 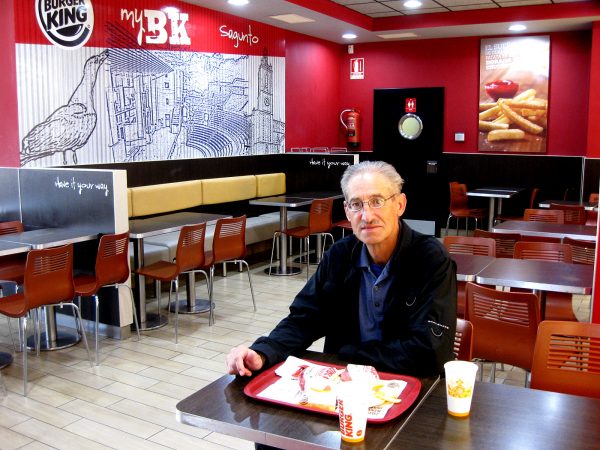 Seriously?! We drove inland to look for the Falla sculptures so we did not have time for a long lunch: All the patisseries and groceries are closed on Sunday’s, even in a large city. But we started a trend as the place was packed with locals when we left. 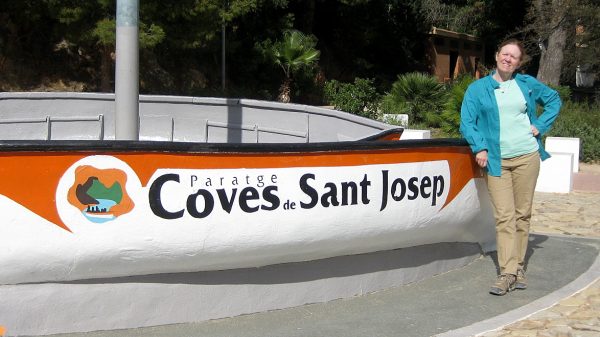 We had a 3:30 (15:30) reservation for a boat ride into the longest navigable underground river in Europe, Caves in la Vall d’Uixo. Touristy, but good fun with a Phantom of the Opera music and light performance in one of the cave alcoves.

This entry was posted in Architecture, Art, Spain. Bookmark the permalink.