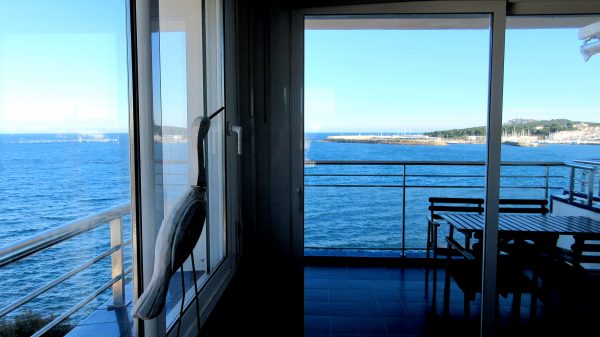 L’Escala Apartment In Front of the Sea looked the same after we were gone for 996 days waiting for our return so we could continue our Spain vacation. 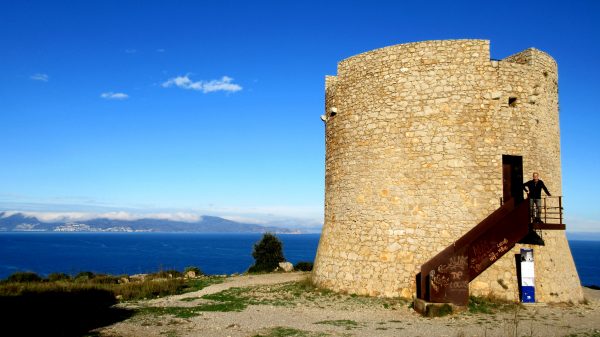 Henry guarding the keep at Torre Montgo. He could see the Barbarian approaching for miles. Our previous pictures of L’escala. 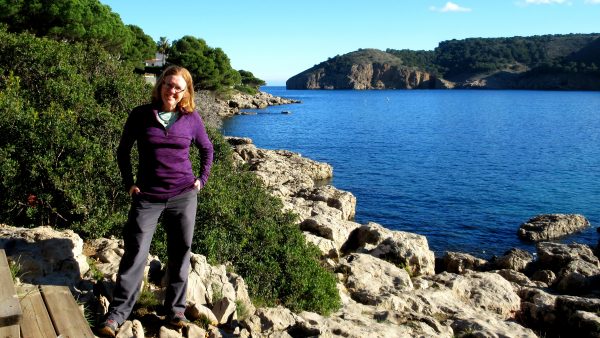 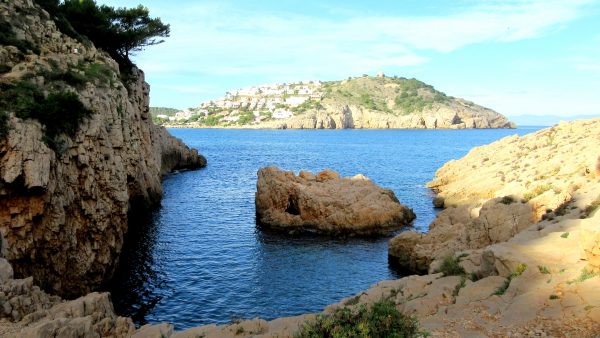 Looking back from Cala Mongo 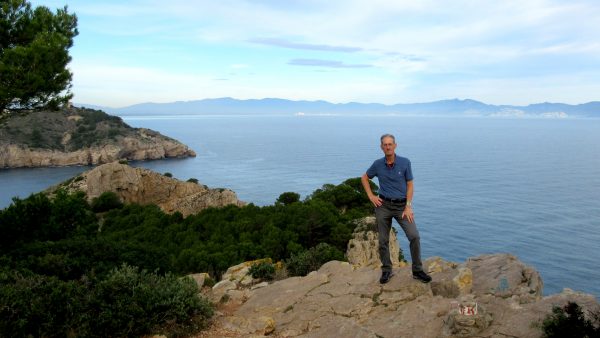 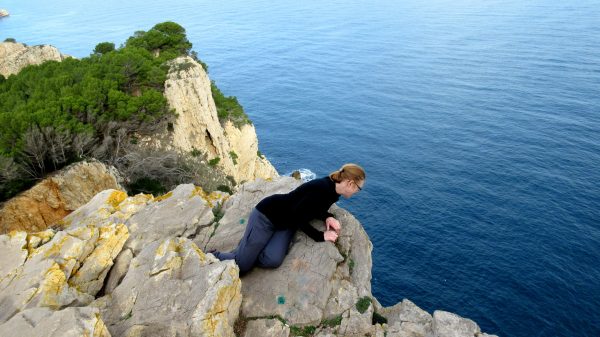 What does the sea look like down there? From Punta Ventosa. 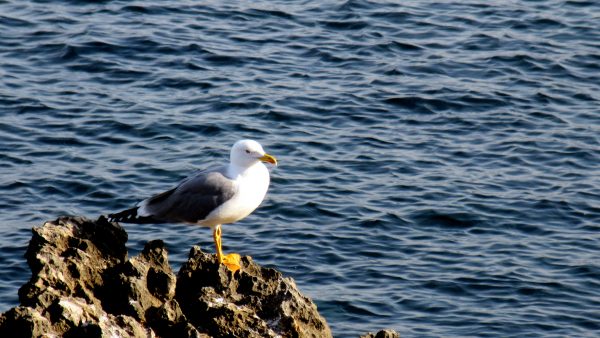 The Seagulls look different with a black and white tail. 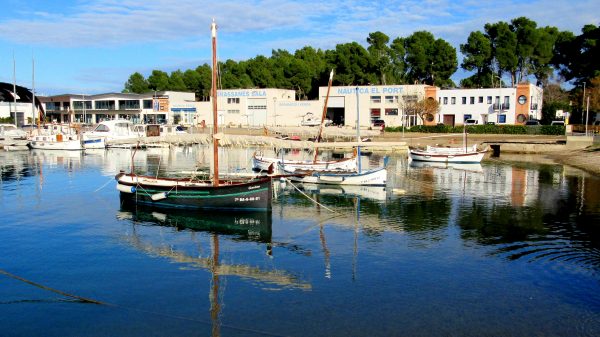 We enjoyed a walk around the marina and especially the old fishing boats. 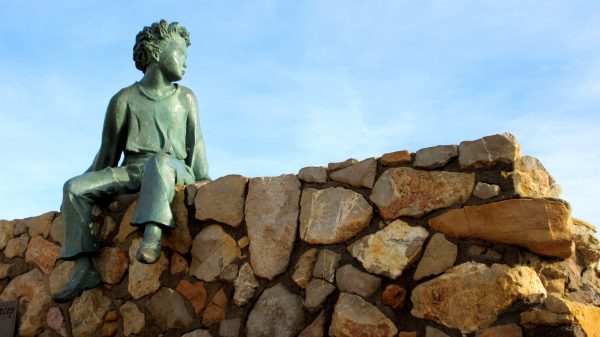 Walking back along the shore and the Reilles beach is The Little Prince reminding us that what we tame is important to us. 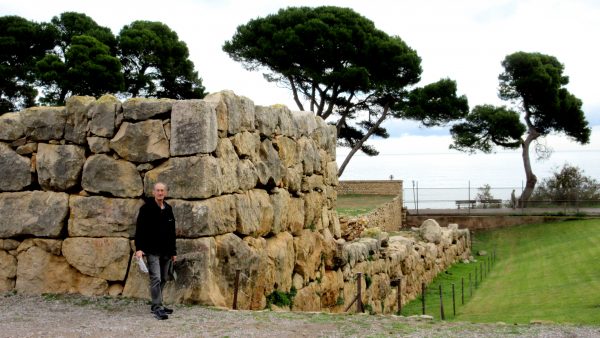 The city of Emporion on the Bay of Roses off the Mediterranean Sea is where the Greeks first landed on the Iberian peninsula. 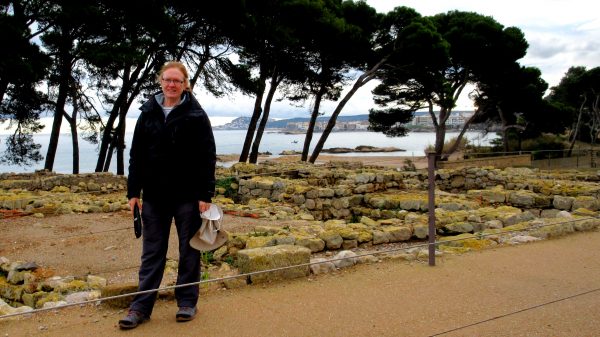 The Ruïnes d’Empúries shows many different centuries of Greek building. 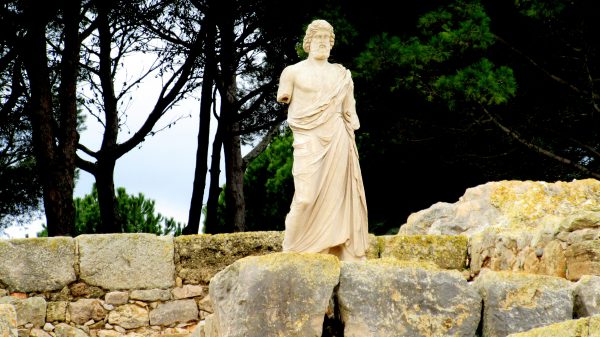 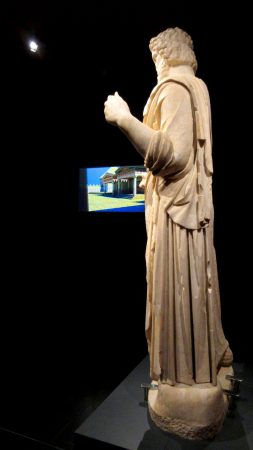 The real marble carving is inside the museum with a 3D computer recreation movie of Empúries as it looked in the 2nd century BC. 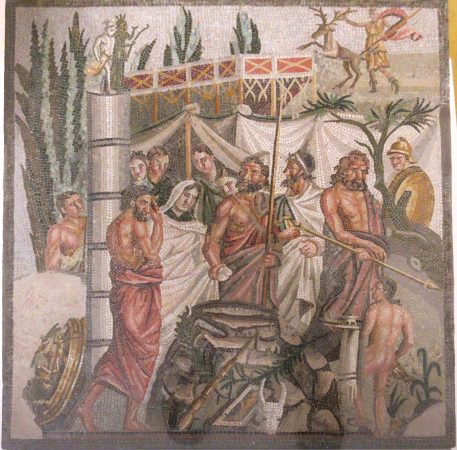 This incredible roman mosaic  (each piece smaller than the end of your pinky) from the 1st century BC depicts the myth of the sacrifice of Ipigenia. 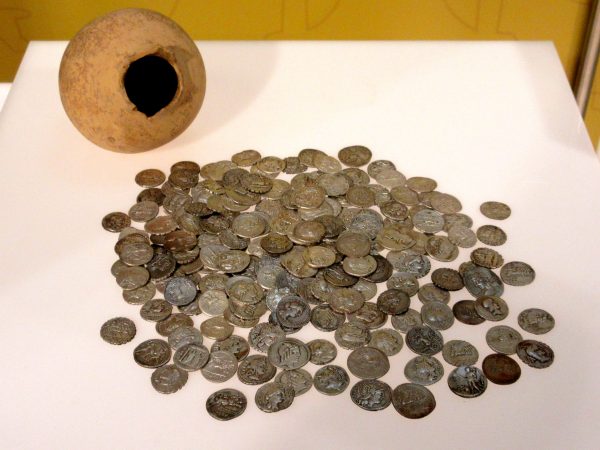 So the Romans drove out the Greeks and built their larger city adjacent but inland to complete the archeology Ruïnes d’Empúries. 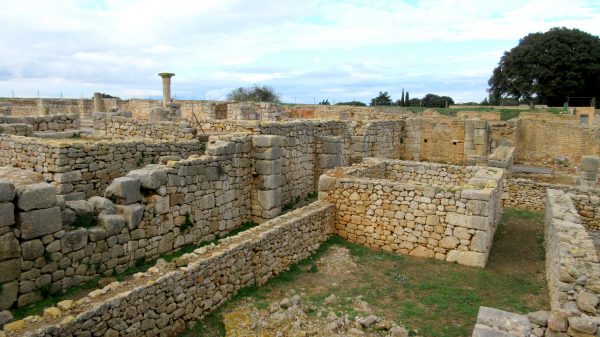 This is part of the Roman city with baths, mansions, mosaic floors and all sorts of interesting architecture. 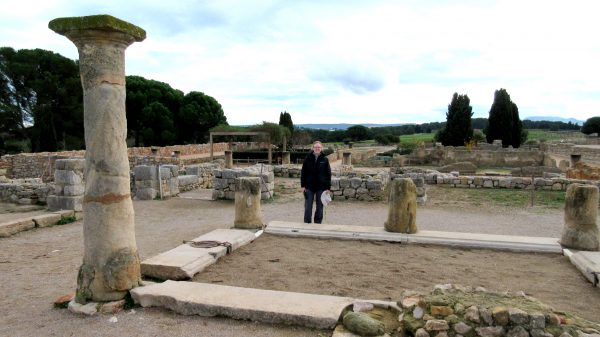 This is a small Roman courtyard in one of the massive mansions. 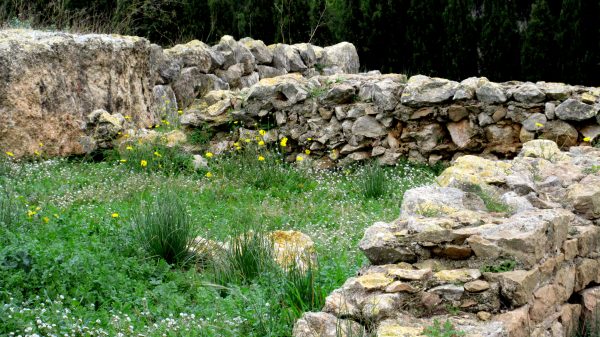 The edge of the city has a concrete wall which was one of the earliest examples of Roman concrete we had actually seen. 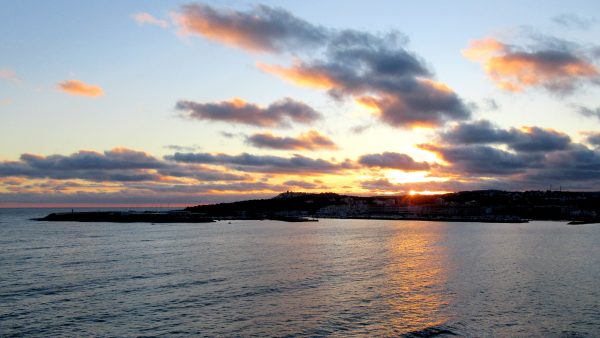 Sunrise on the Mediterranean is a great way to celebrate the winter solstice.

This entry was posted in Architecture, Art, Spain. Bookmark the permalink.