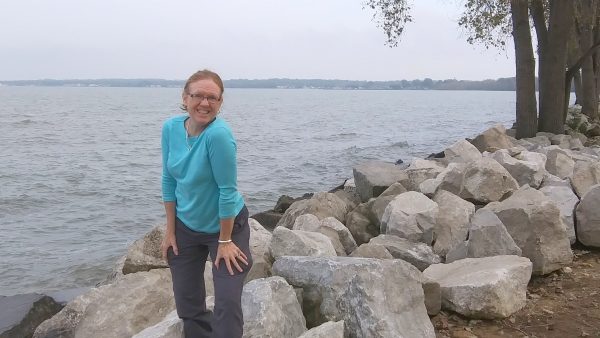 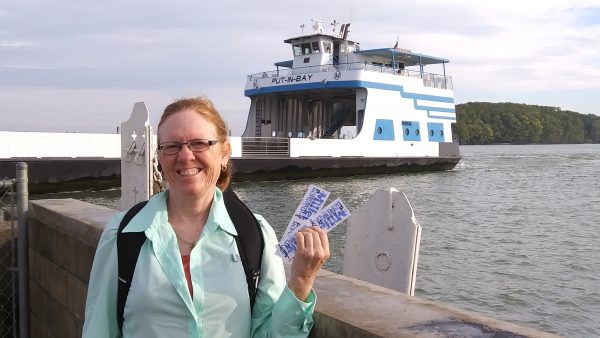 My Dad’s parents met in 1932 in Put-In-Bay. Looking forward to seeing the island community. 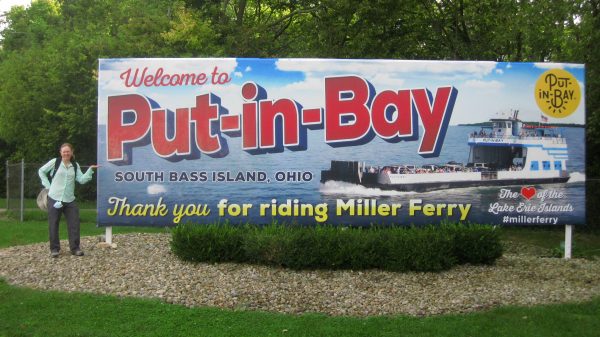 A short 20 minute ferry ride. We are choosing to walk the 2.5 miles into town.

We first visited the Perry’s Victory and International Peace Memorial, built to commemorate the Centennial of a battle of war of 1812. Beautiful and in a wonderful setting. Visitor center was closed but serendipity as rangers were there and let us have a private viewing of the movie. 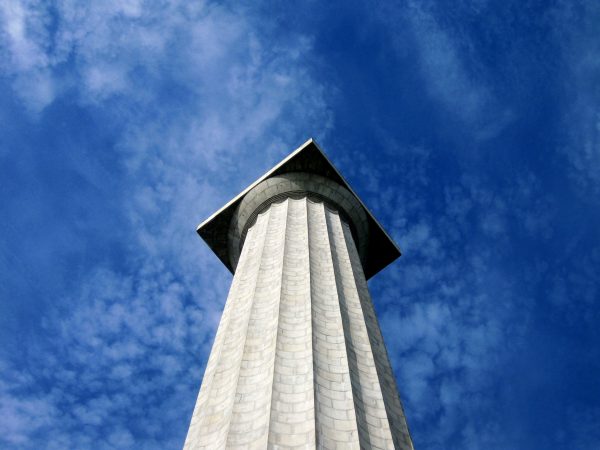 View as we relaxed on the bench enjoying the sunshine. “Don’t Give Up the ship!” 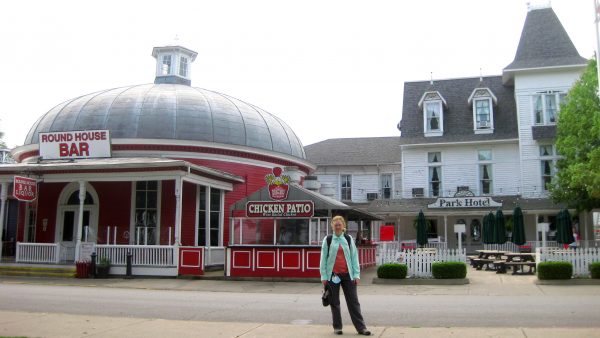 We talked to the manager of this hotel as it is the oldest still operating. Many other buildings and parks were around in the 1930s. He said they were not the first couple to meet on the island and get married and not the last. 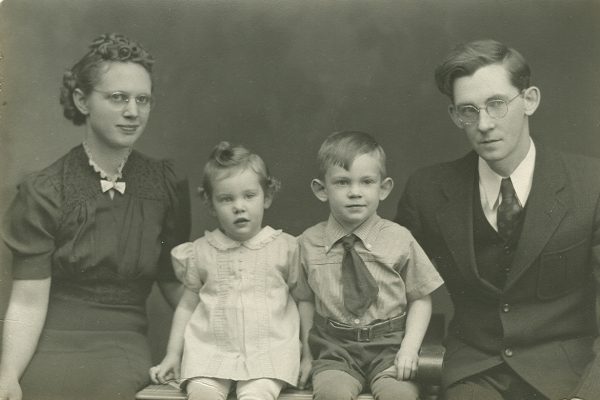 1939 as they start a family. Grandad was a cook on great lake freighters before Put-in-Bay and afterwards, he owned a Dinette in Jackson, MI. Grandma was a farm girl that became a lifelong waitress – and a great baker as well.

This entry was posted in Architecture, National Parks. Bookmark the permalink.