Morella in the El Maestrat Mountains 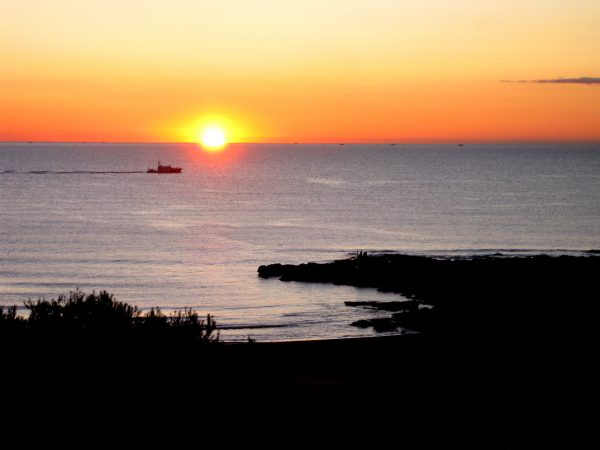 Another beautiful sunrise – we watched the fishing boats as there were more than usual this morning. 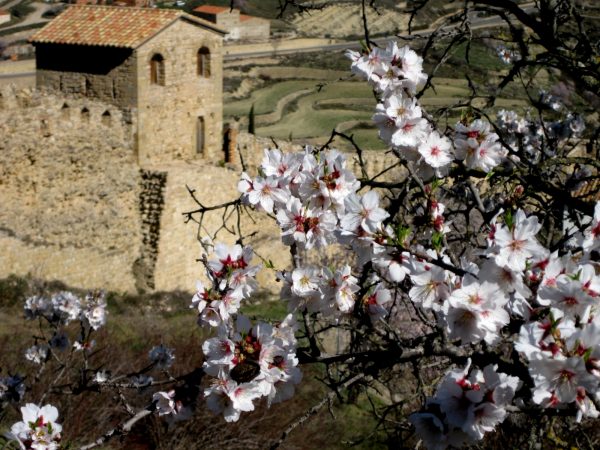 We planned a day trip into the mountains of El Maestrat region. 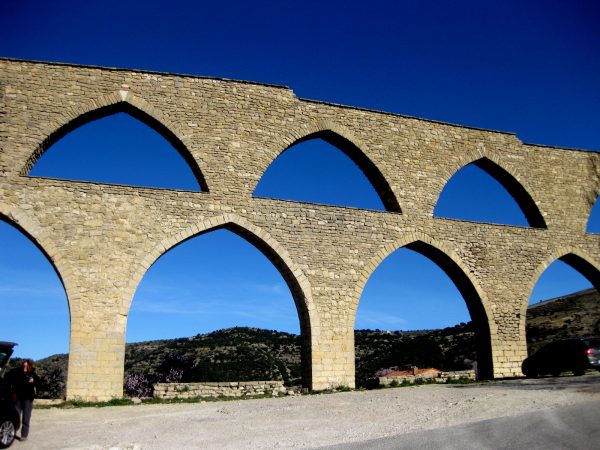 This aqueduct, built during the Christian Era, supplied the hill town of Morella with necessary water. 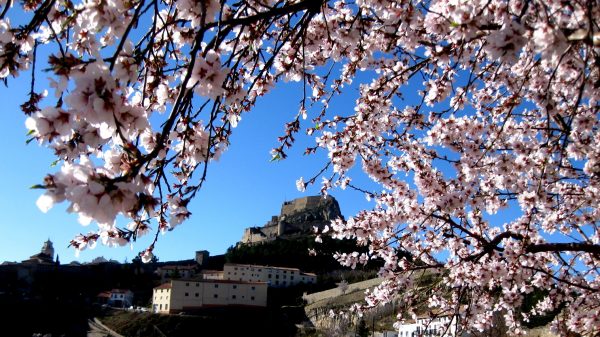 The water still has a bit of distance to travel before arriving in the city. 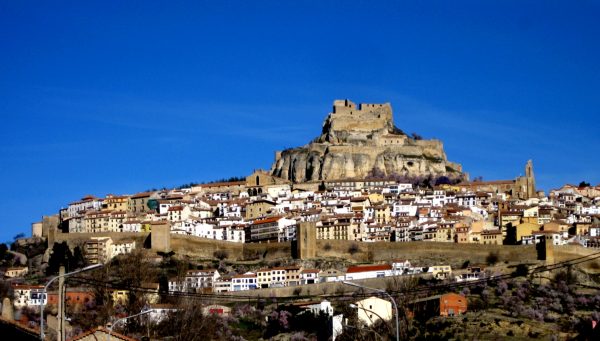 We enjoyed walking around the old town area. It is quite a walk and climb to explore the castle. 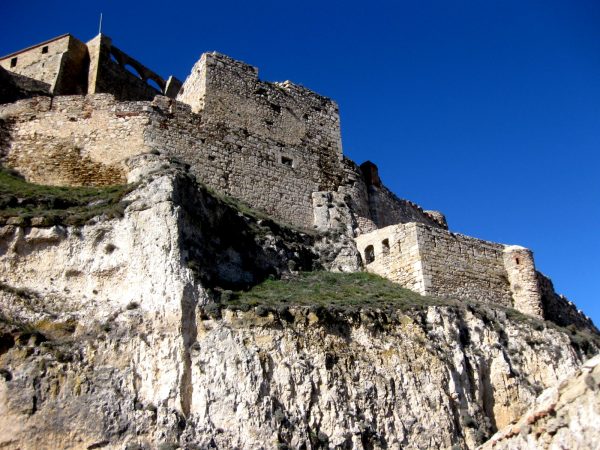 The natural rock outcropping was incorporated into the castle so it almost hard to detect where one begins and ends. 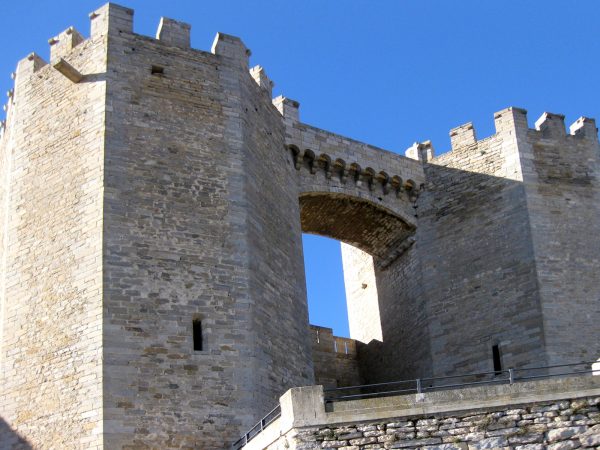 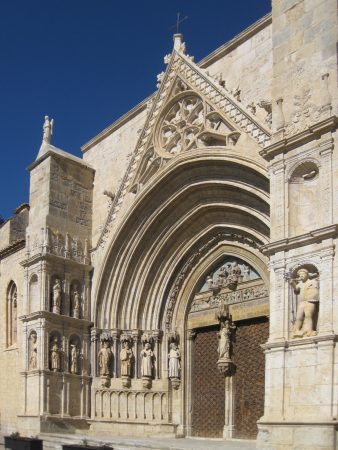 Beautiful entry of the Cathedral. 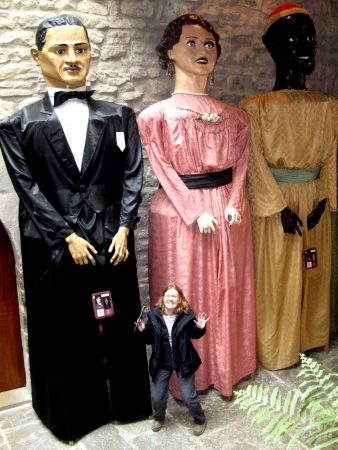 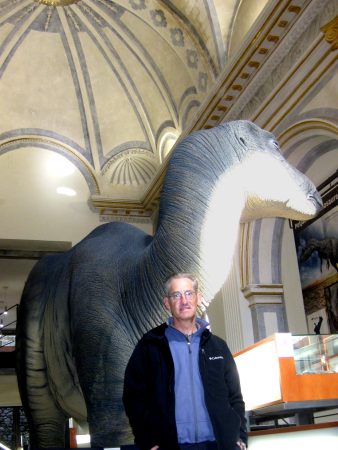 This is also the area of dinosaur discoveries in the Formation Morella. In 2008 an intact specimen of a previously unknown species of sauropod dinosaur was discovered, believed to have lived in the earlyCretaceous period, approximately 120 million years ago. 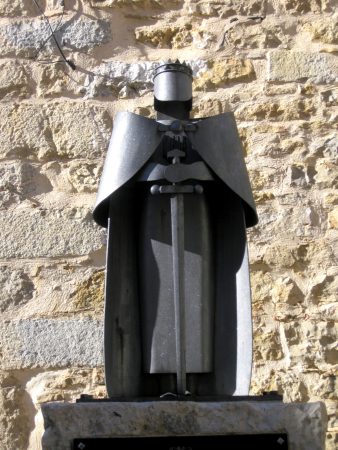 We also explored Ares del Maestrat where we found this cool statue of a Knight Templar. We had to go home and watch a documentary on who were the Knights Templars. 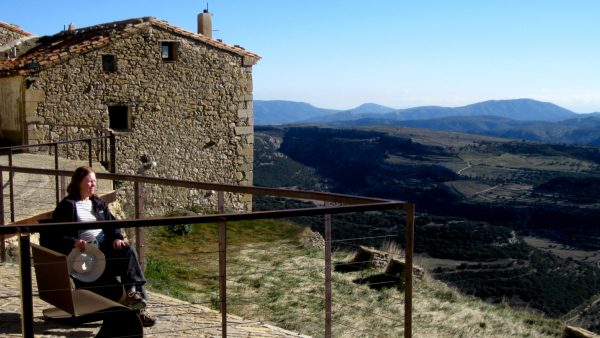 It was the clearest day we have had. We could see all the way to the highest peak of Castillon, Penyagolosa – an adventure for another day which we hope is this clear. 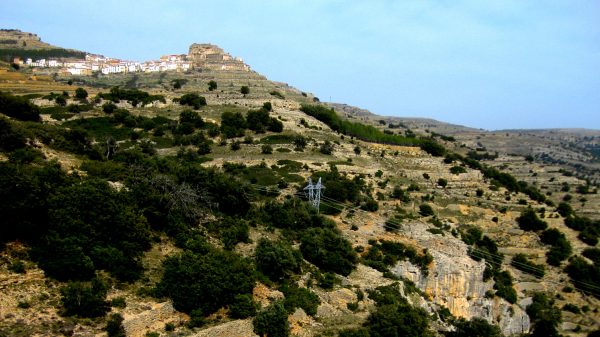 A look back at Ares del Maestrat’s strategic position – visibility to the Mediterranean and Alcossebre!