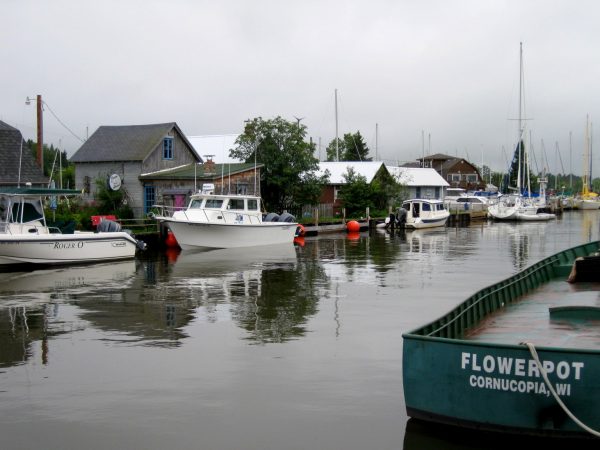 We stopped in Washburn and met up with a friend of a friend who grew up there – she had some great history to share with us, especially about the brownstones. We visited the National park headquarters in Bayfield before working our way to Cornucopia. 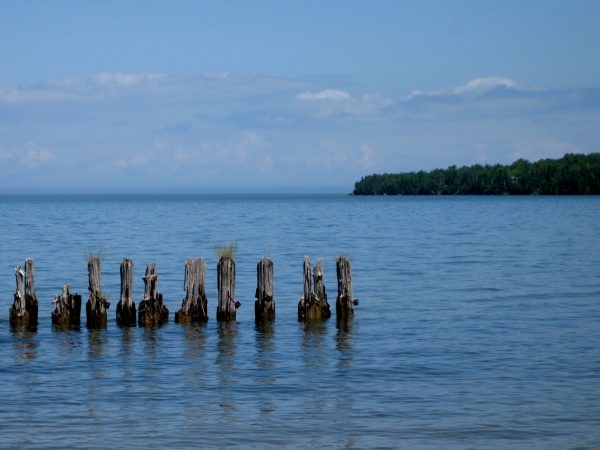 We really enjoyed their harbor – it was a nice park area with an artesian well. 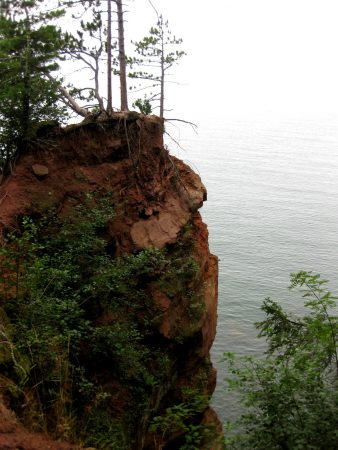 Meyers Beach hike in the National Lake Shore had some outstanding vistas. 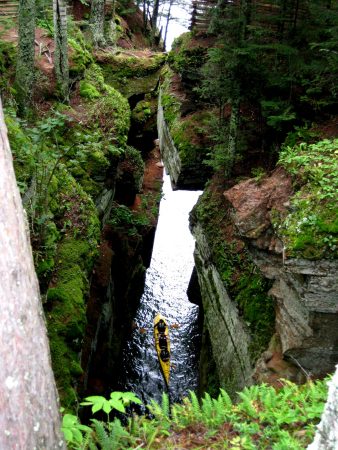 Fun to see the kayakers going into some of the caves. 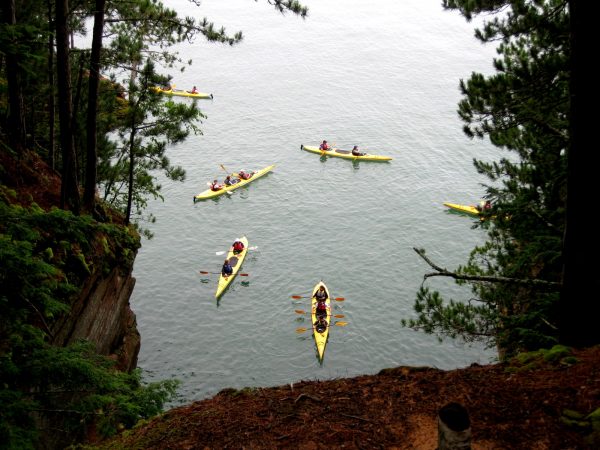 They gave us a sense of scale. 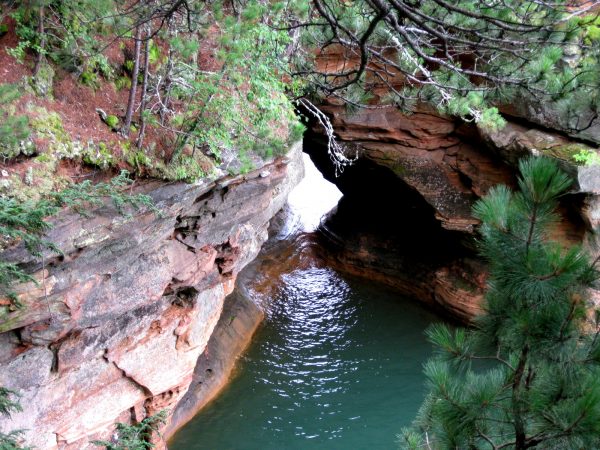 And we could see where to look for the sea caves and arches. 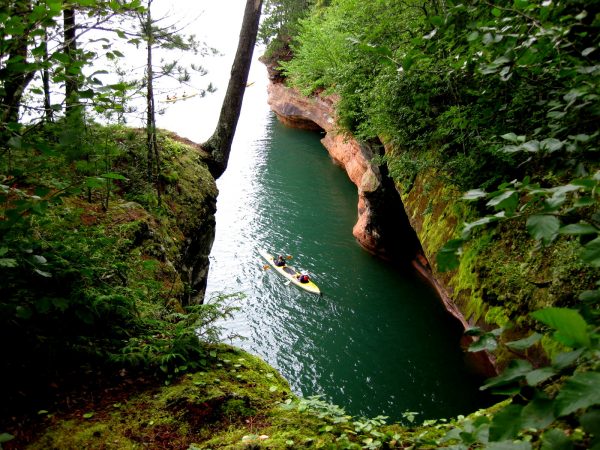 The scenery was spectacular. It was an overcast day so not great distance views. 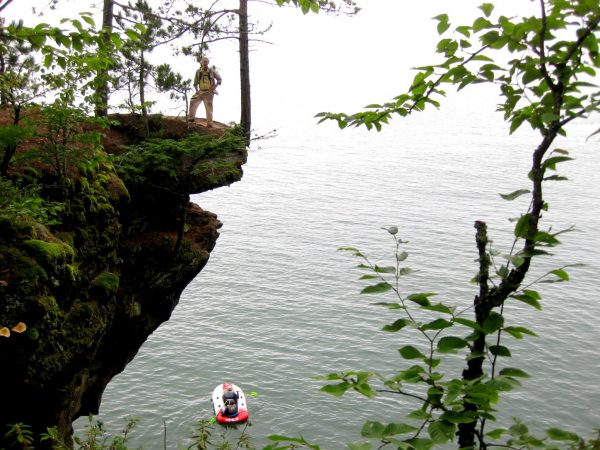 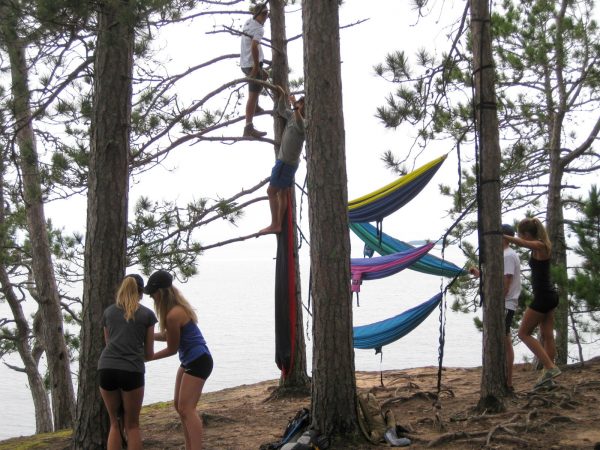 They said they were trying to set a record for number of hammocks above each other.

Looking back on our lunch rock – it was a very nice place to hang out! 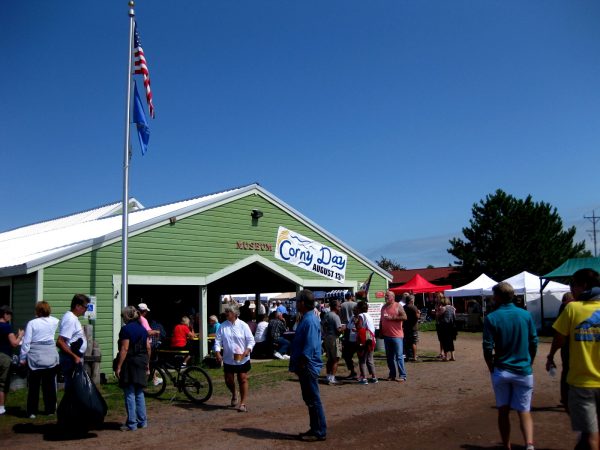 We hung around for Corny Day – a nice group of people set up for the flea market and an equal number came to check out the wares. 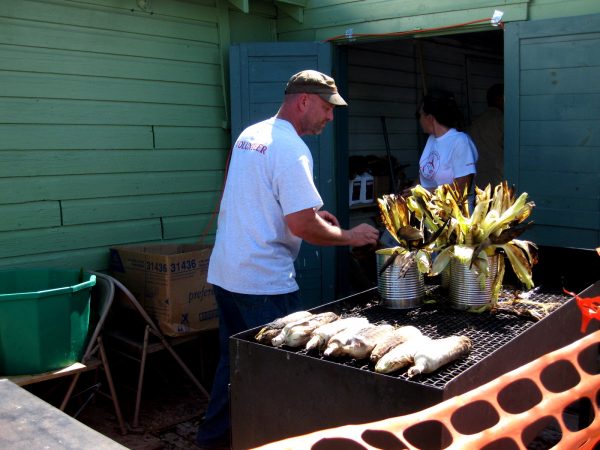 But it was really for the food that we came. 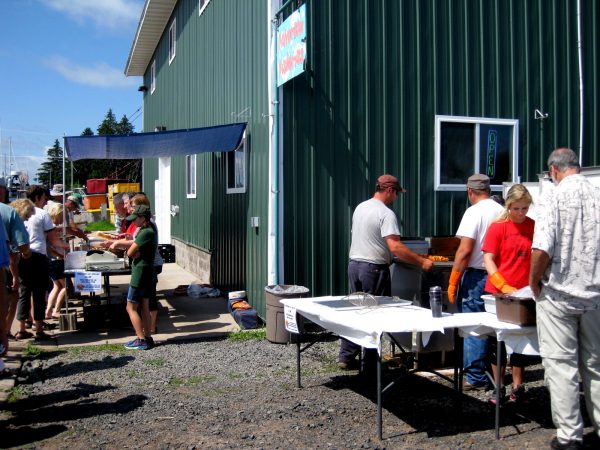 We waited almost an hour for the fresh fish but it was worth it! They keep serving until they run out (which is before people get tired of eating it, we are told). 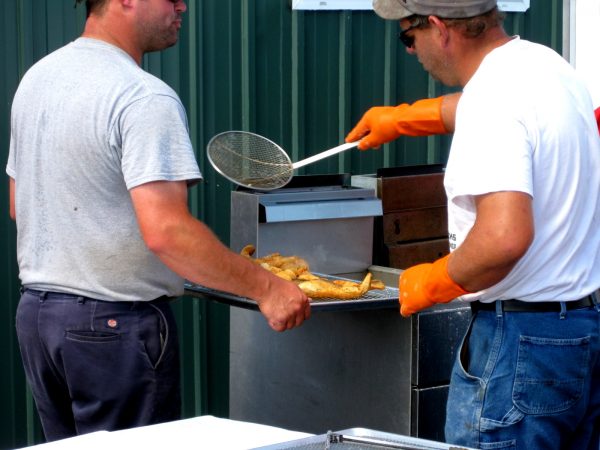 Makes your mouth water, doesn’t it!