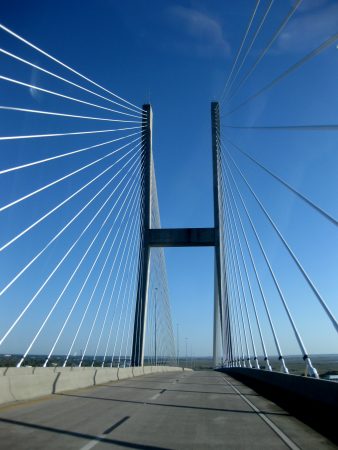 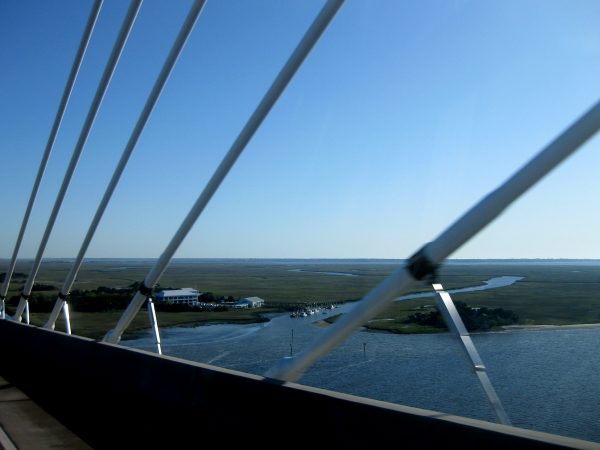 Looking over the salt marshes towards the Atlantic Ocean – very flat. 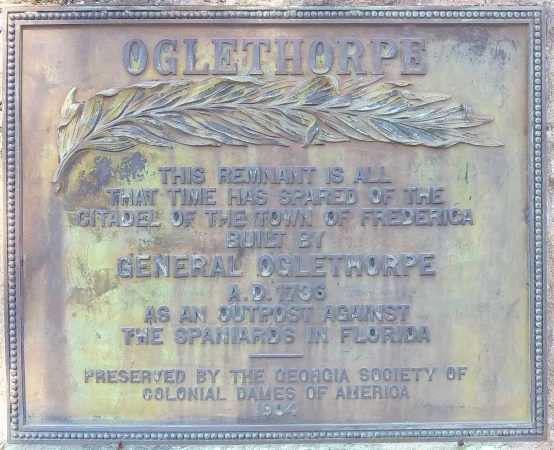 Fort Frederica was established in 1736 by James Oglethorpe to protect the southern boundary of his new colony of Georgia from the Spanish in Florida. He had started Savannah in 1733 laid out with many park squares highlighting the grid layout. 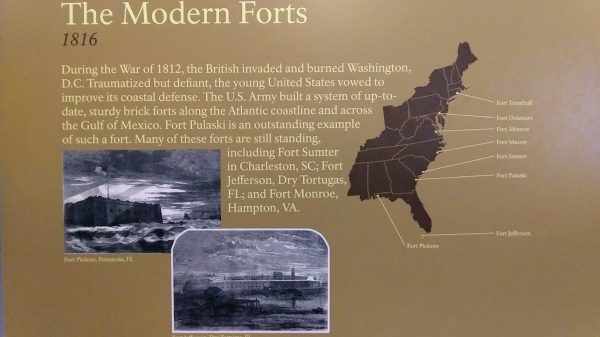 Now we move into the revolutionary wars visiting a few of these forts: Pulaski, and Sumter. 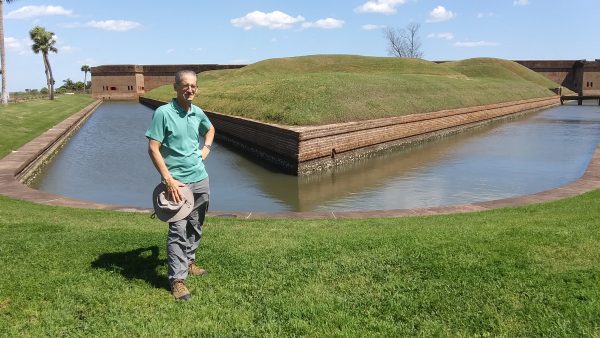 Ft Pulaski National Monument: completion of an interesting “modern” brick fortress built in 1847 put it on the front lines in 1861 when S Carolina and Georgia seceded from the United States. The Union forces took control of Savannah harbor from here in the American Civil War. 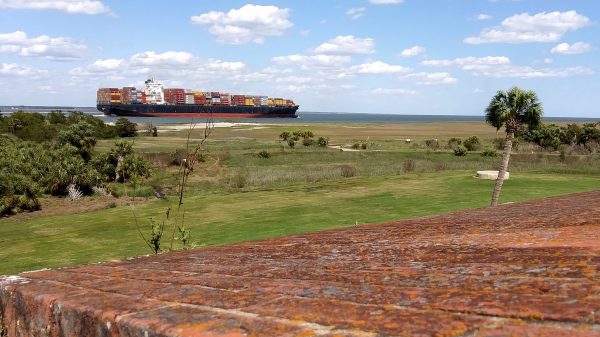 Now the huge shipping containers have full use of the harbor keeping our supply chain active. 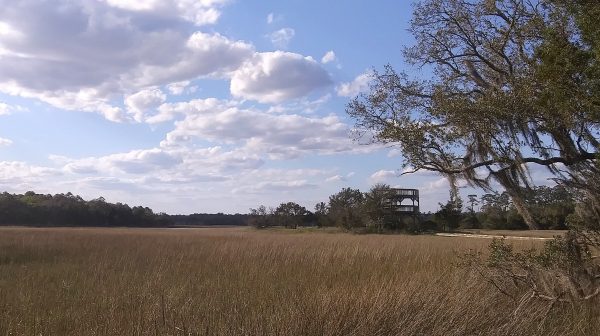 Skidaway Island State Park, near Savannah was another outstanding Georgia State Park. A short walk took us to this overlook over the inland Salt Marsh, or the renamed “Moon River” after the song. 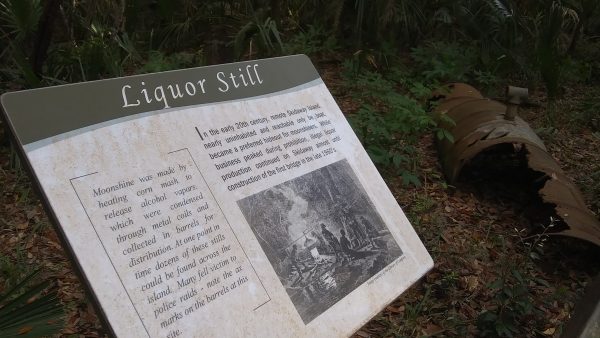 Archeological remains from the not so distance past history of prohibition. 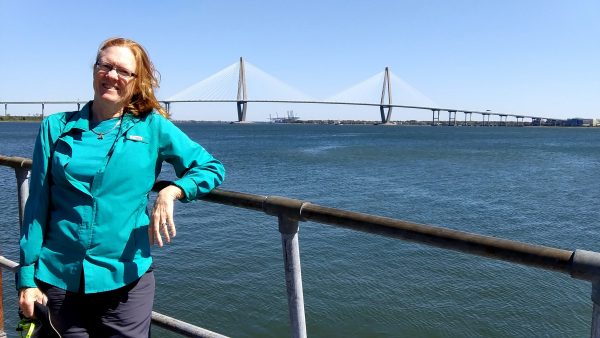 Enjoying the water front in Charleston after exploring Beaufort with is interesting history and the new Reconstruction Era National Historical Park. 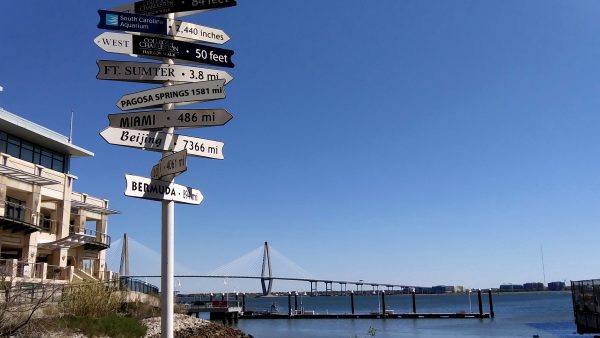 This is our turning point to head back West…How far is that? 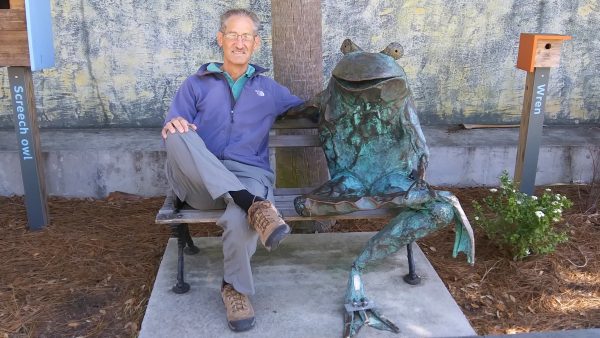 Chatting up a new friend…

This entry was posted in Architecture, National Parks. Bookmark the permalink.