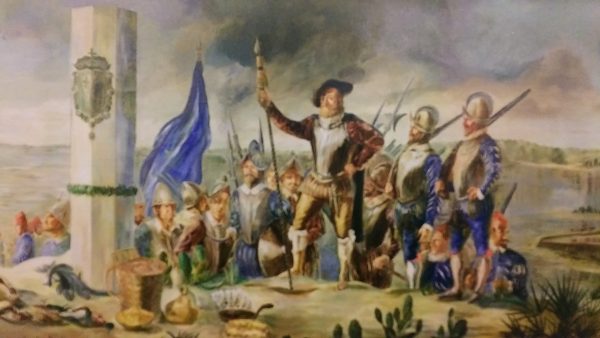 The Ribault Monument commemorates the 1562 landing of Jean Ribault. France’s first attempt to stake a permanent claim in North America was at La Caroline, a settlement near the mouth of the St. Johns River in Florida (North of Jacksonville) 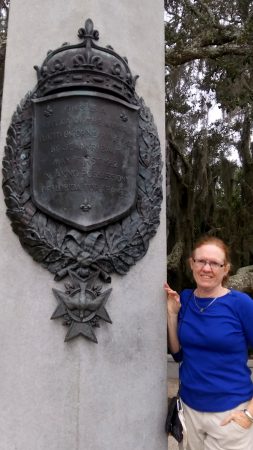 Que bon! Ribault erected a stone column bearing the coats of arms of his French King Charles IX to claim Florida for France. There is much history to Fort Caroline National Memorial. 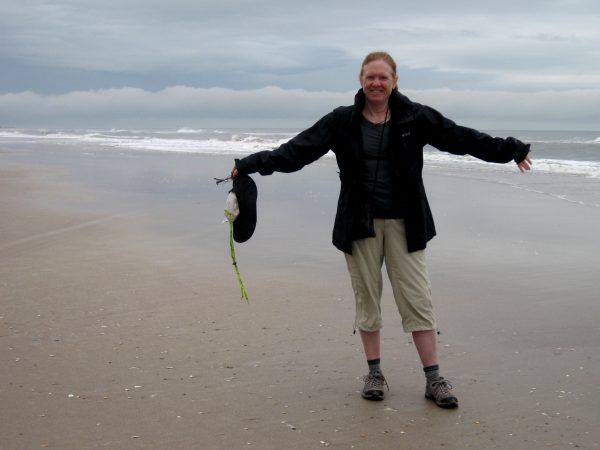 The Atlantic Ocean ~ an early morning walk before a rainy day. 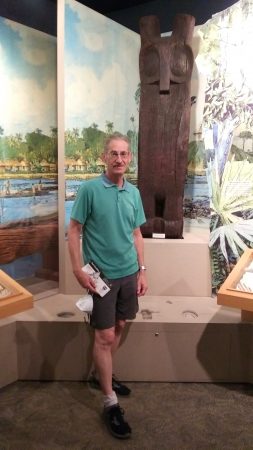 This pine carved owl totem, preserved from around 1400 at Timucuan Ecological and Historic Preserve, is the largest wooden effigy recovered from an archaeological site in North or South America. 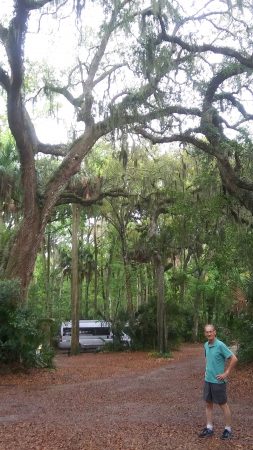 We had a great campsite where the Live Oak trees dwarfed the van. 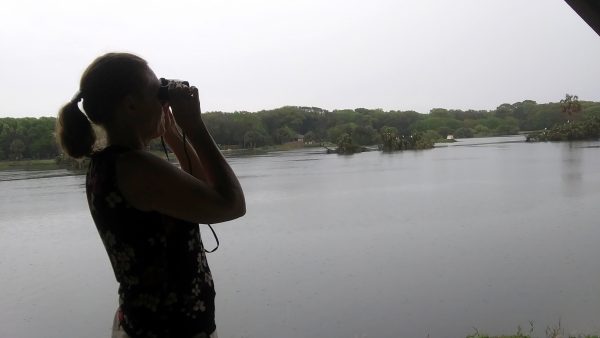 Luckily we didn’t spot any crocs or alligators! But we kept our distance from the wild humans. 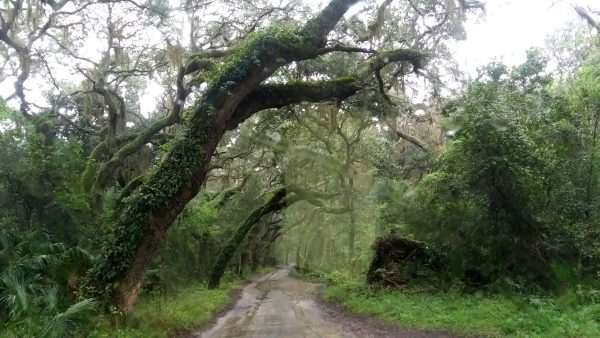 Beautiful drive in the Timucuan Preserve and its maritime hammock. 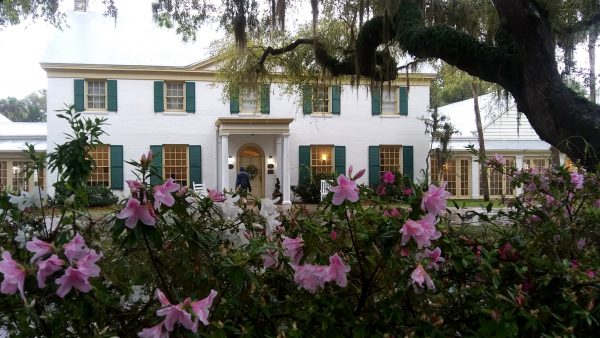 Azaleas blooming in front the Ribault Club, built in 1928, a renovated monument to the resort era on Fort George Island. 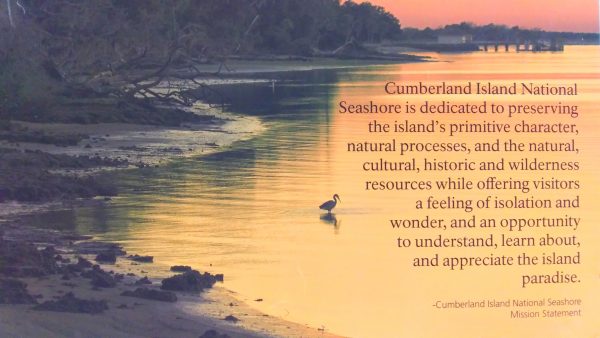 We spent the day enjoying the Atlantic Coast and barrier islands, driving through Amelia Island before ending at Crooked River SP in Georgia.

This entry was posted in Florida, National Parks. Bookmark the permalink.