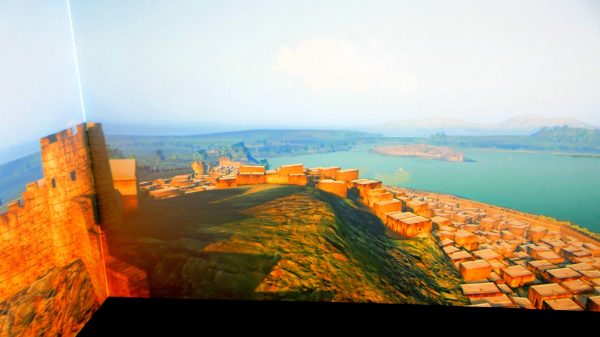 Ullastret is the largest Iberian settlement discovered so far in Spain. Picture is from 3D movie recreation. 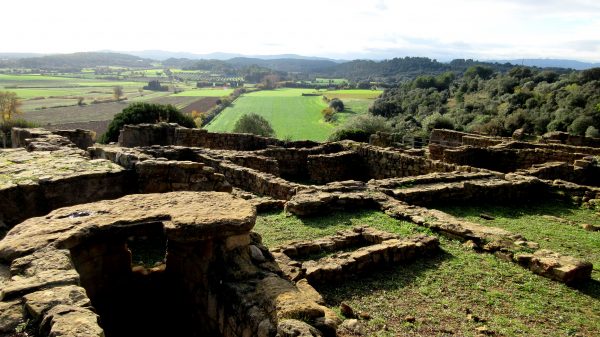 The excavated 5th Century BC Ruins today. We used an audio wand (in English) which assisted with interpretation of what we were viewing.

This is what it would be like to walk the streets as shown in the 3D recreation. 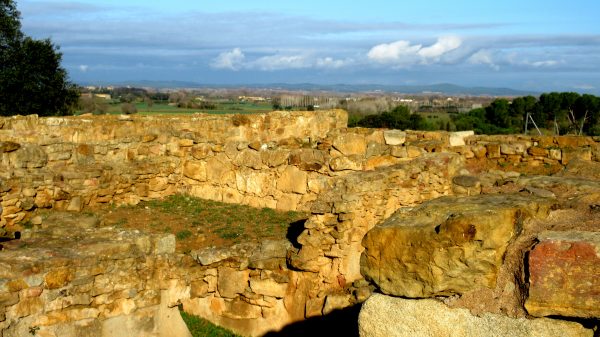 Looking over a dry moat you could see the enemy approaching for a long ways. 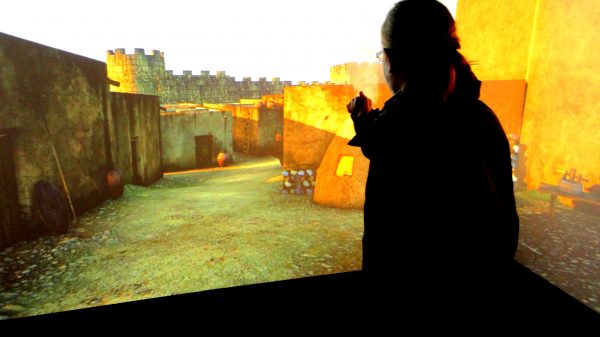 We were the only ones in the 3D movie shown on 3 walls, so realistic how it brings to life the old city. 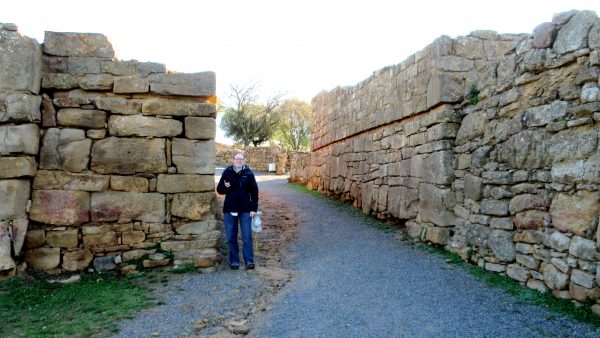 The stone work on the thick walls around the city is amazing. 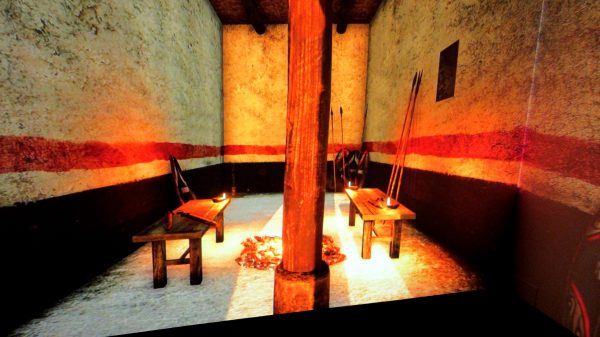 The interior spaces appeared to be comfortable. 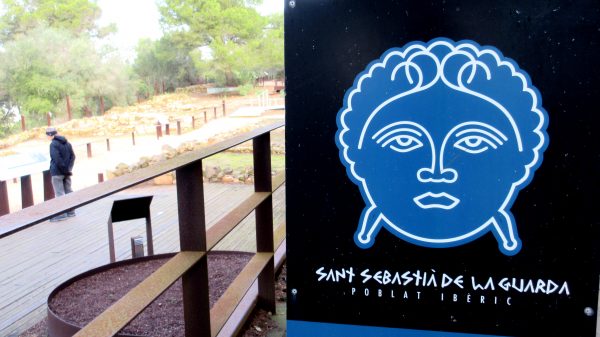 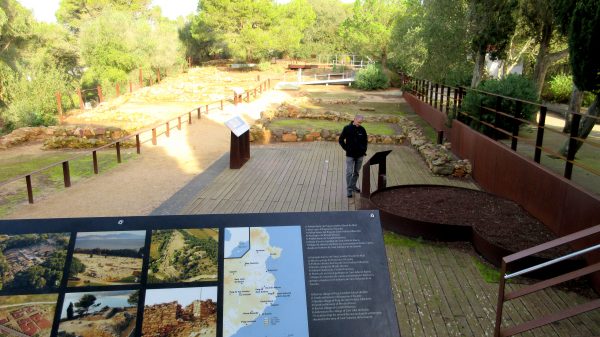 This was very well explained and we learned a bit more about Iberic life. 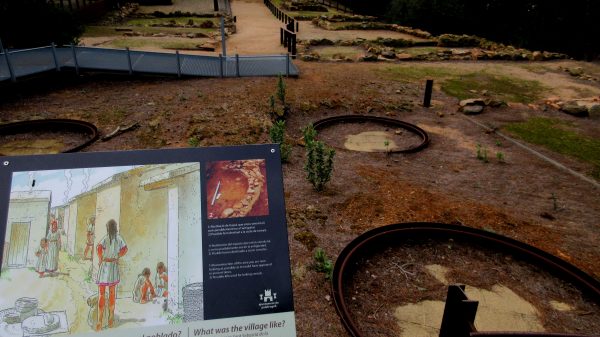 The storage cisterns were at both sites – one was 15 feet deep into the ground and shaped life a large vase.