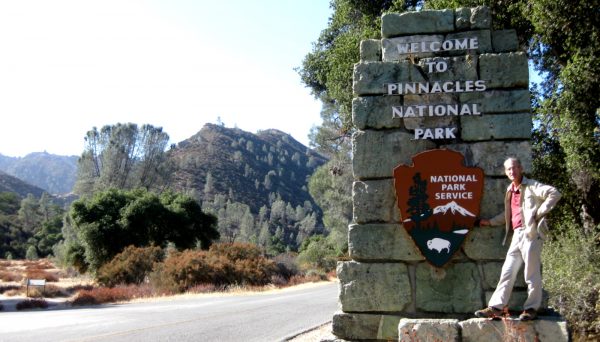 Pinnacles was established as a National Monument by Teddy in 1908 but upgraded to a National Park in 2013. So until another is upgraded, we have now visited  all western mainland US National Parks. 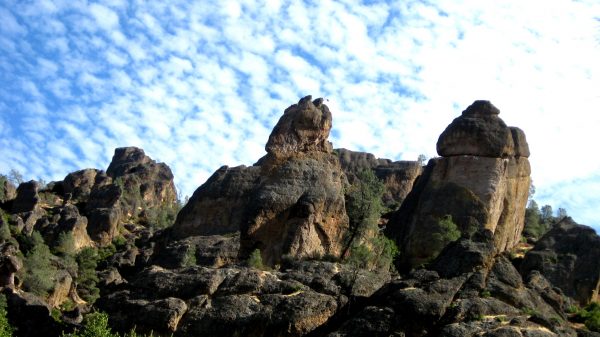 We snagged a camp site with electricity for four nights so we could relax and enjoy several days of hiking. 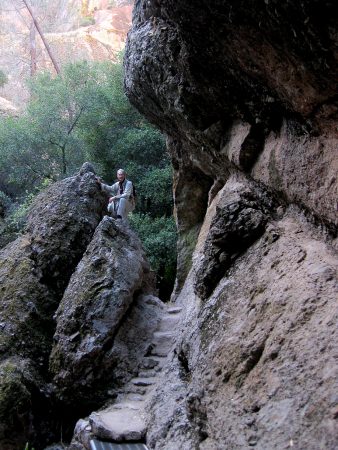 There are some unique stairways carved into the stone on several trails. 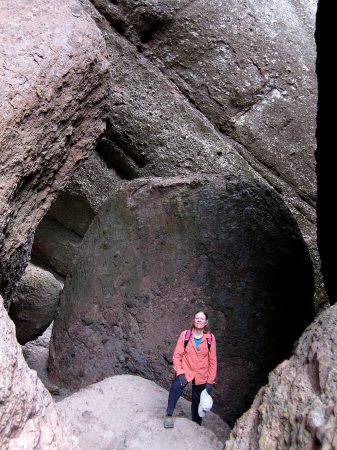 And caves created by falling boulders. 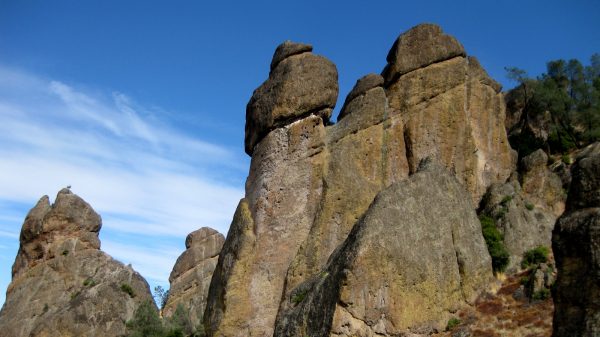 California Condors are released here. We talked to a scientist who tracks them with radio collars like the wolves in Yellowstone. He confirmed the three we had seen overhead were condor sightings! 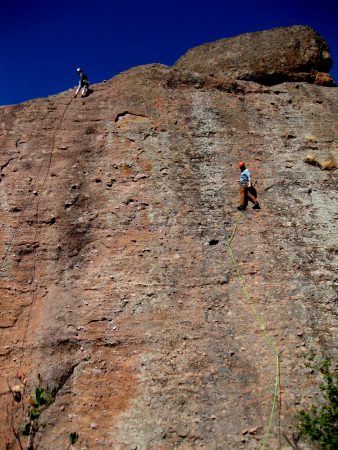 There are also specially marked trails for rock climbers. 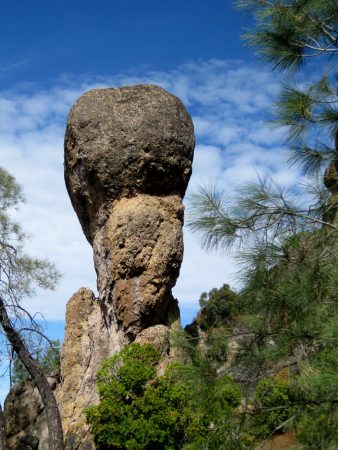 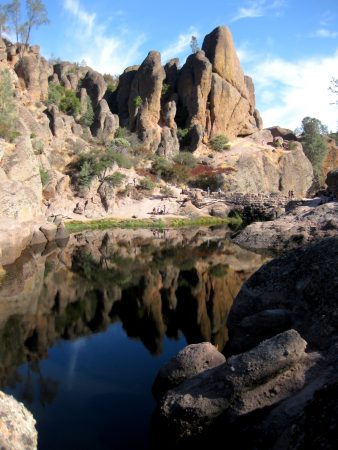 One trail took us to this peaceful reservoir. 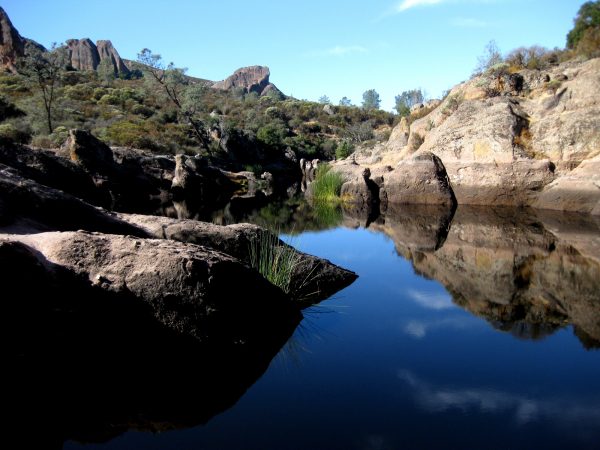 with some calm water reflections. 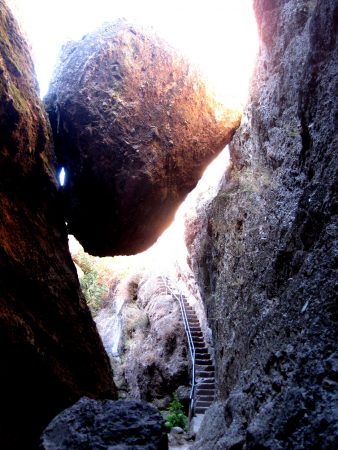 another stairway – actually gets you to the top pretty fast! 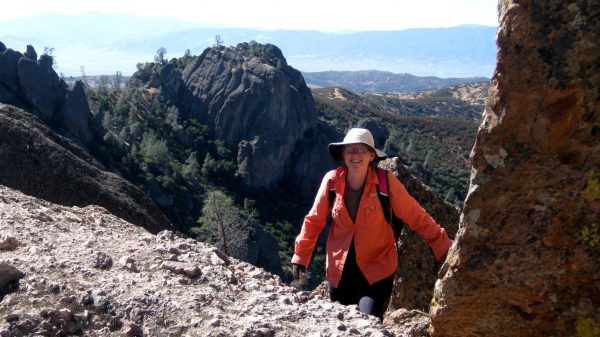 And what a view! 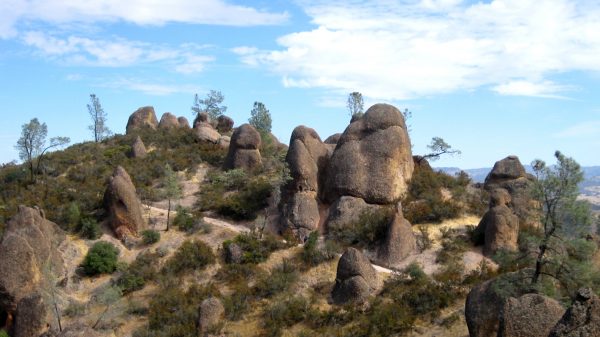 So we can find a spot for our lunch break and contemplate the path back to camp. 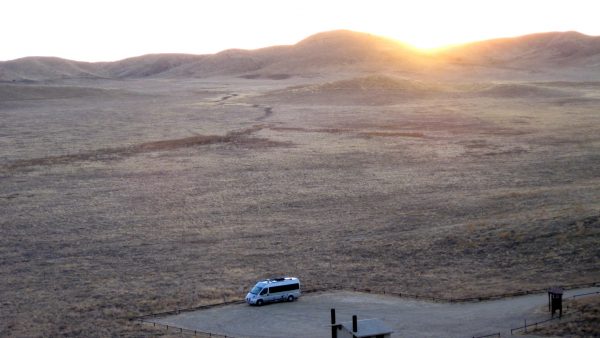 Heading South, we spent the next night at Carrizo Plain National Monument in the Central Valley. We had the parking lot to ourselves and enjoyed the quietness of the plains. 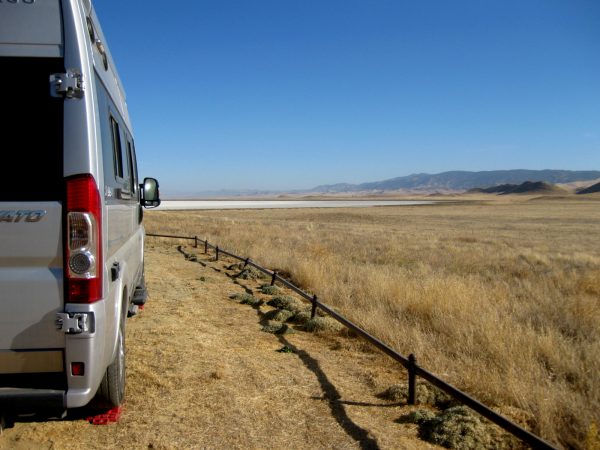 This was our view of sunset. A big change from crowded Pinnacles campground: Someone at Pinnacles “borrowed” our leveling blocks for 3 nights but luckily they returned them before we left. Can you imagine that lack of courtesy to your fellow camper? 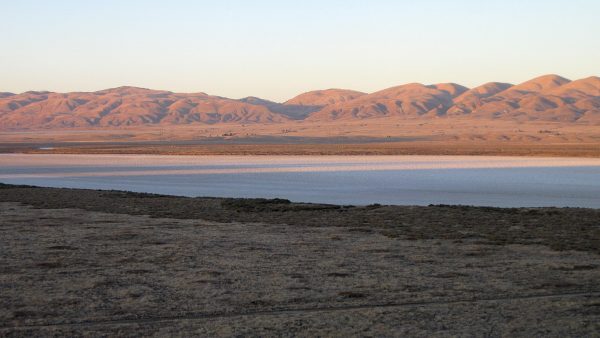 This is the beautiful white alkali flats of Soda Lake – there is a neat boardwalk to take for a closer look. This is another landlocked Basin surrounded by Range. 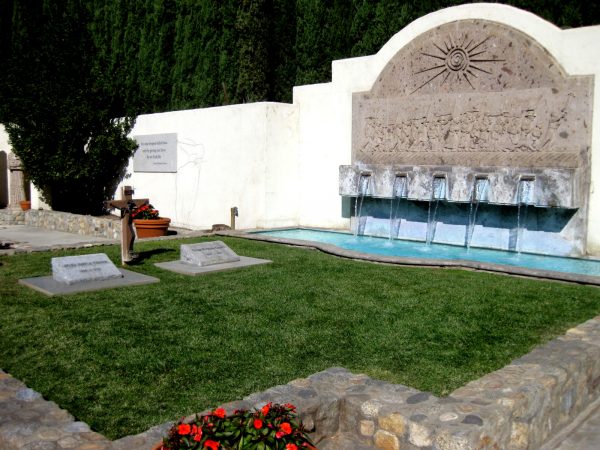 Another new monument in 2012, Cesar E Chavez National Monument in the California Central Valley was created from his home to recognize the importance of his contribution to the hard working farmworkers. Yes, we can! This is his grave site and memorial garden with water features commemorating the 5 martyrs killed during the protests.

This entry was posted in California, Hiking, National Parks. Bookmark the permalink.