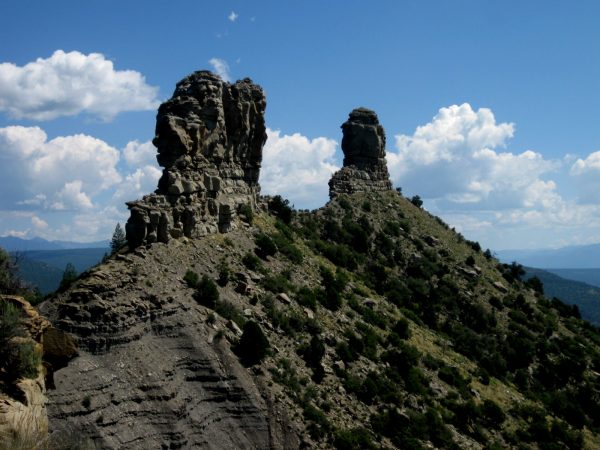 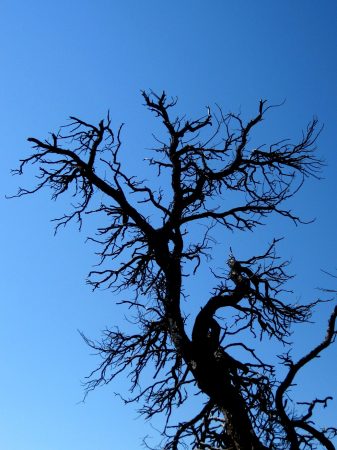 It is on the Ancient road to Chaco Canyon. 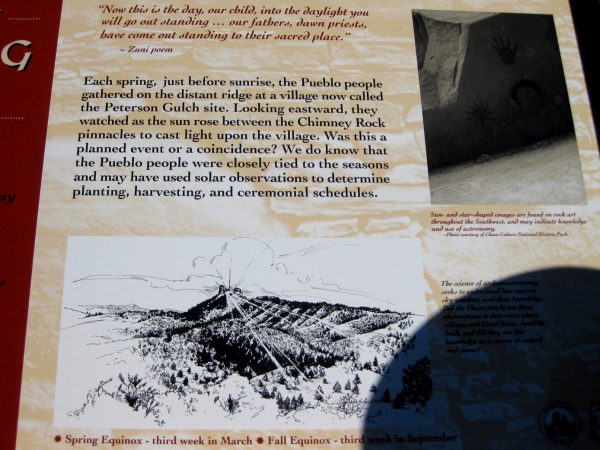 The sun shines between the chimney rocks on a neighboring hill at equinox. 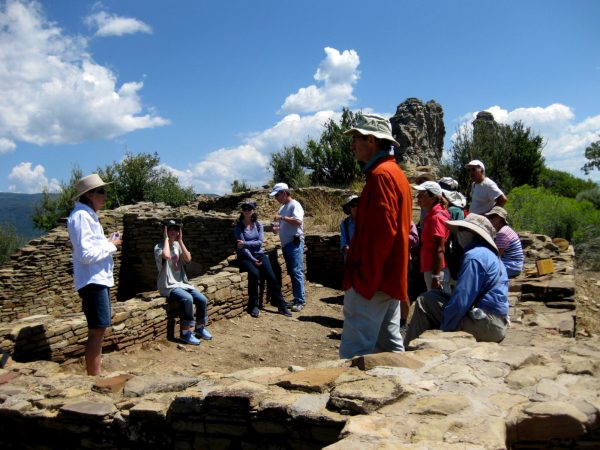 We had an excellent guided tour where we learned all bits and pieces of the native American history. 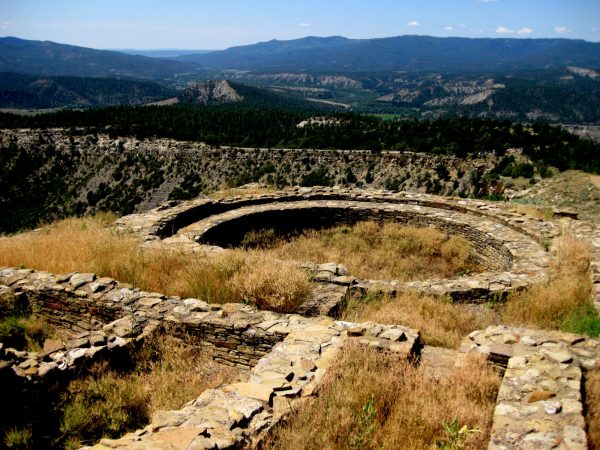 Plus it was an awesome day to just be on the hilltop. 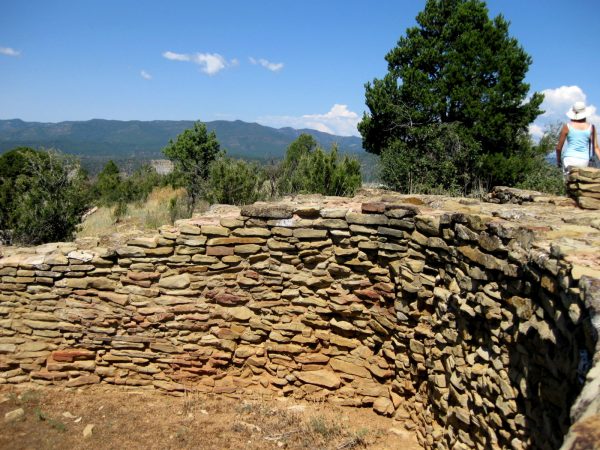 The original wall is closest to the camera with the most texture while the rebuilt wall has less protruding rocks. 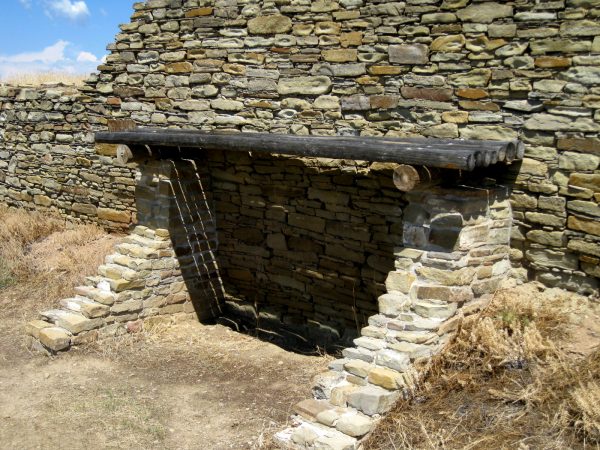 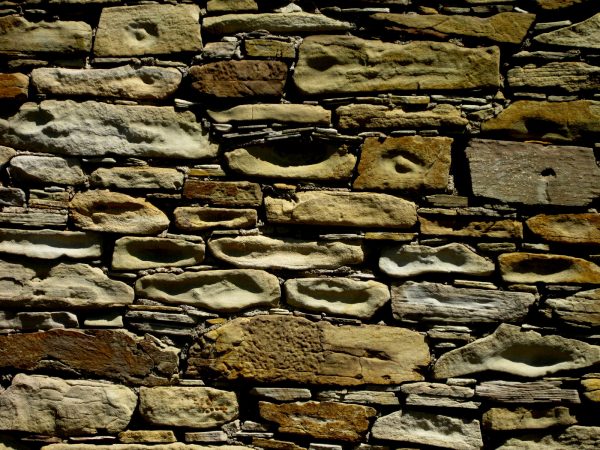 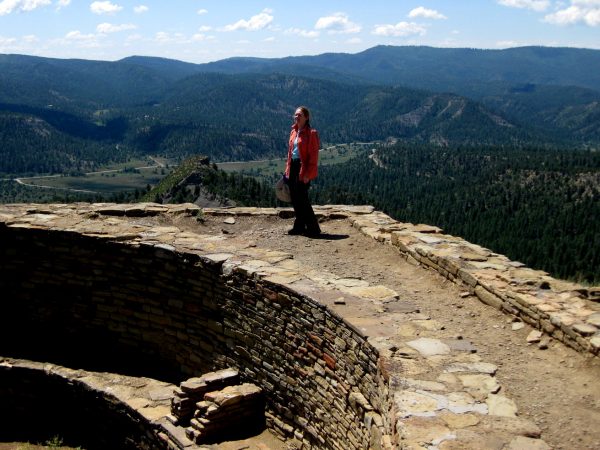 This is the large kiva at the base of the chimney rocks. 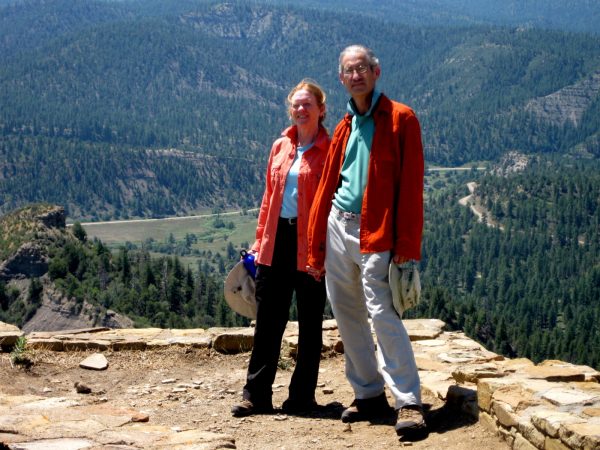 Nice to meet some other travelers – we had a great group. 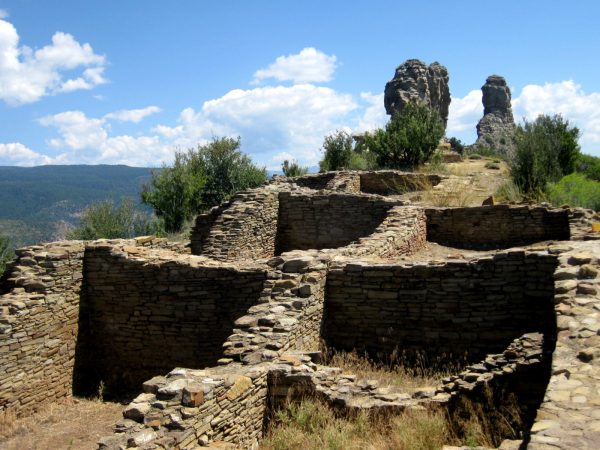 Storage rooms around the kiva with the orientation to the chimney’s. 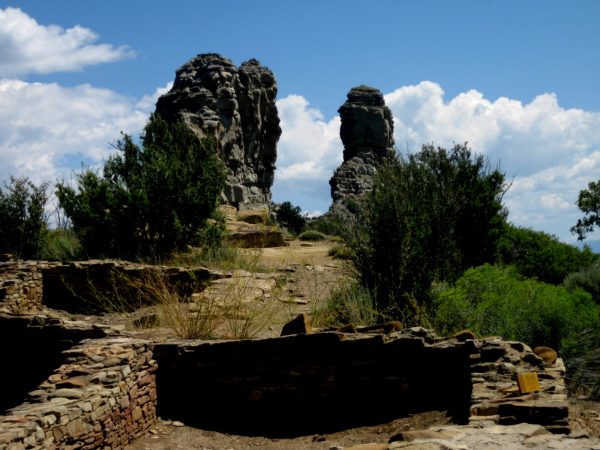 This is as close to them as we can venture as the sandstone is a bit fragile for too many visitors. 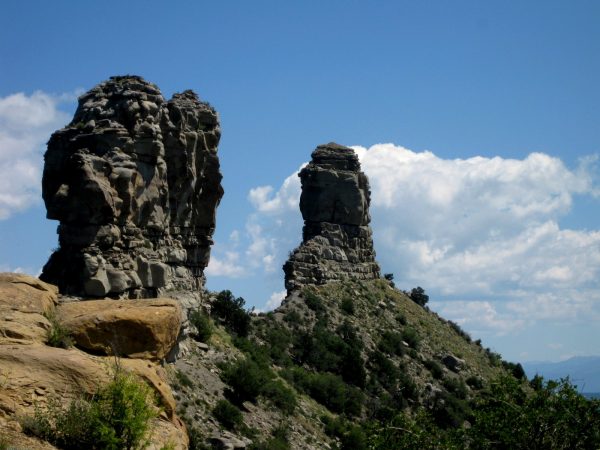 There are faces looking north – perhaps the clouds have outlined them enough for you to see. 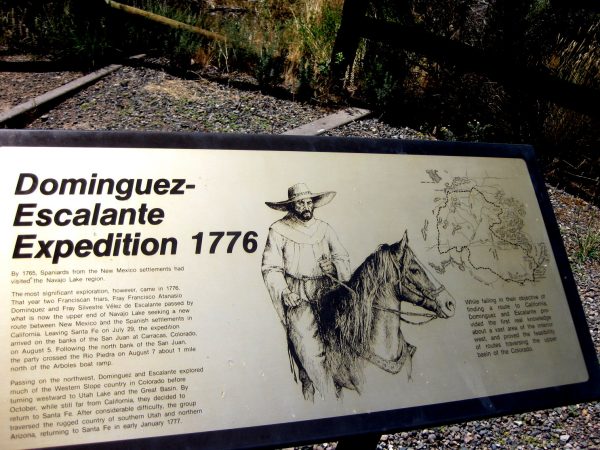 A bit further south at Navajo Reservoir, we learned that the Dominguez – Escalante Expedition crossed the San Juan river here near Arboles, CO. 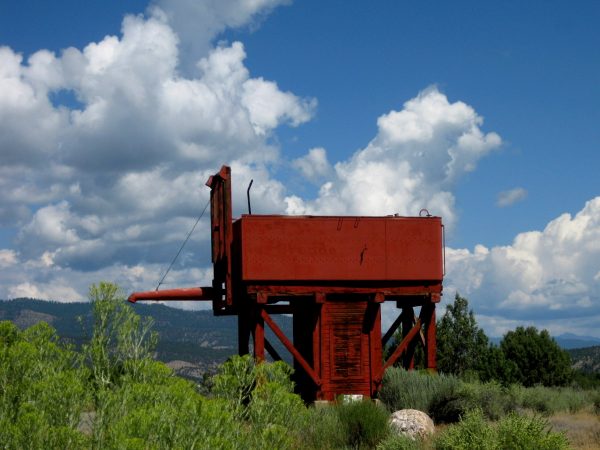 This was a water tower that serviced the narrow gauge railroad – of which the Durango – Silverton portion is still operating. 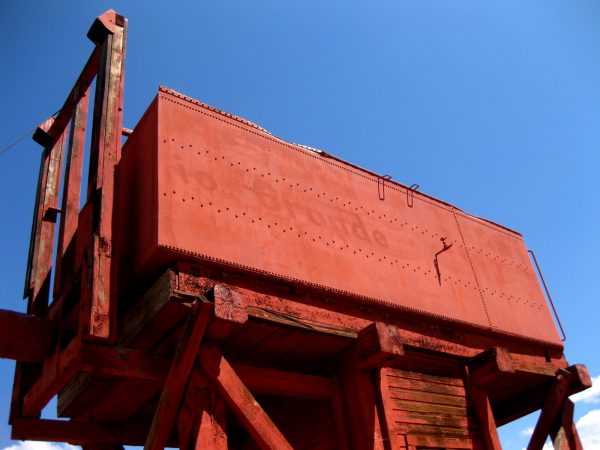 You can still see the Rio Grande name on this part of the tank. 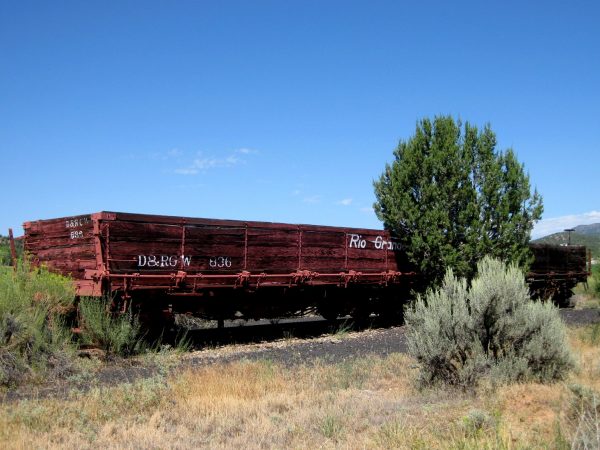 An old coal car of the Denver and Rio Grande Rail Road. And I realized we have taken no pictures of the Navajo Reservoir!

This entry was posted in Architecture, Colorado, National Parks. Bookmark the permalink.