A great week of professional bike racing. Gorgeous scenery to rival any race anywhere. We headed south to meet the racers on Monday for the 5 mile Time Trial that started in Garden of the Gods. Just a great day for hanging out with some world class competitors. 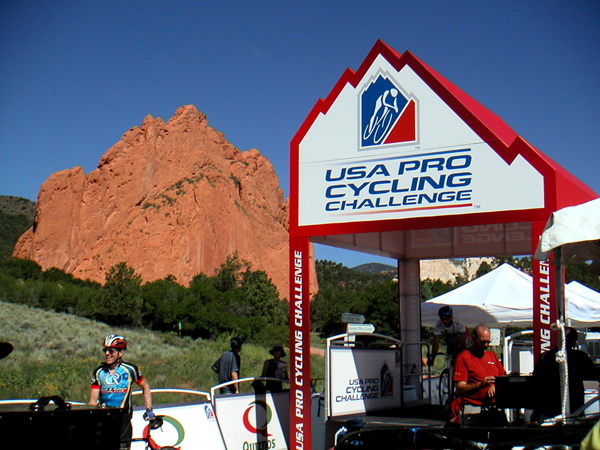 We spent a lot of time at the Team Paddocks… 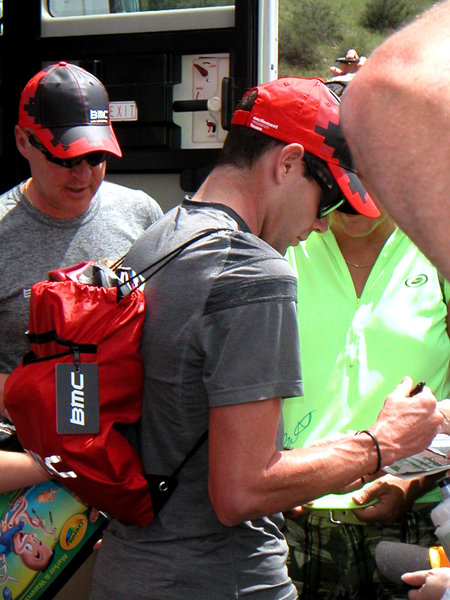 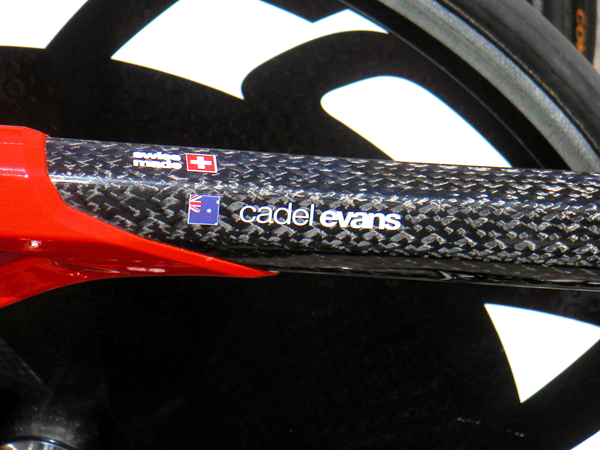 Detail of Cadel's bike...look at all that carbon! 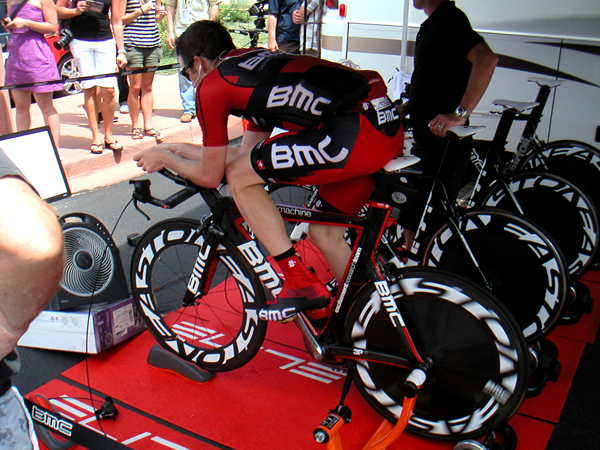 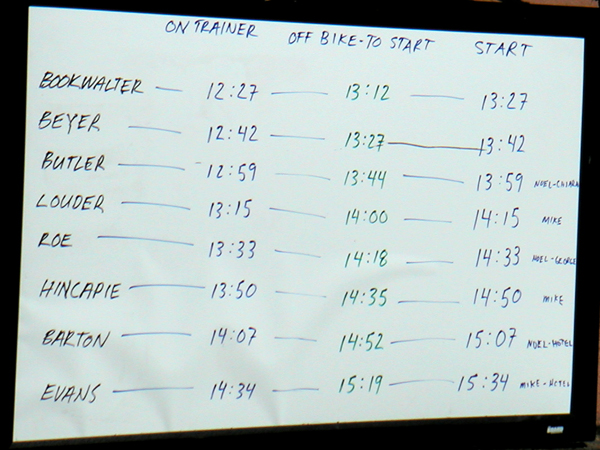 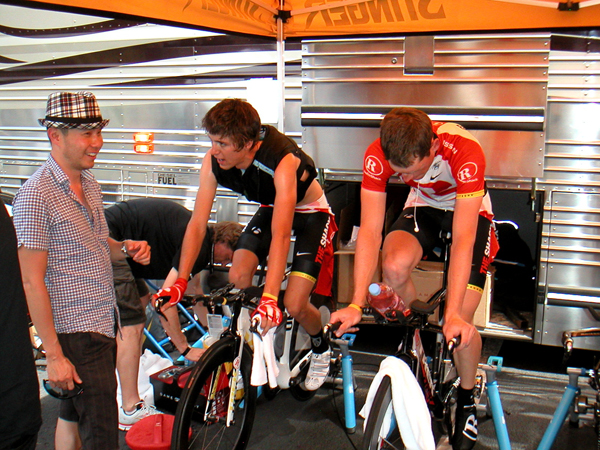 The Team Radio Shack rider on the left is wearing an ice vest to keep his body cool. 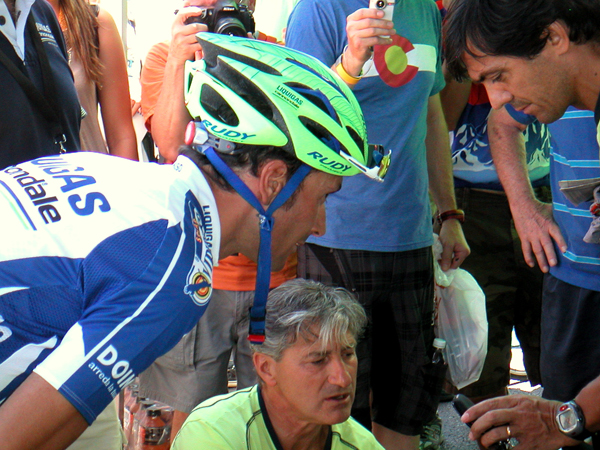 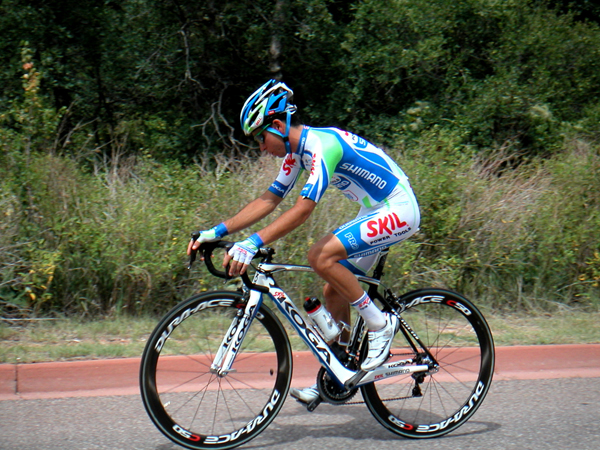 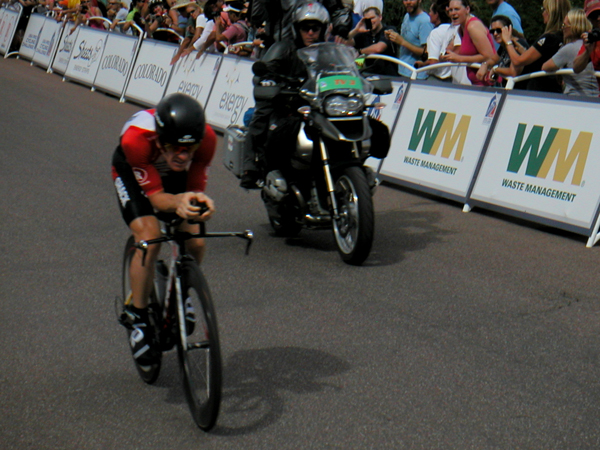 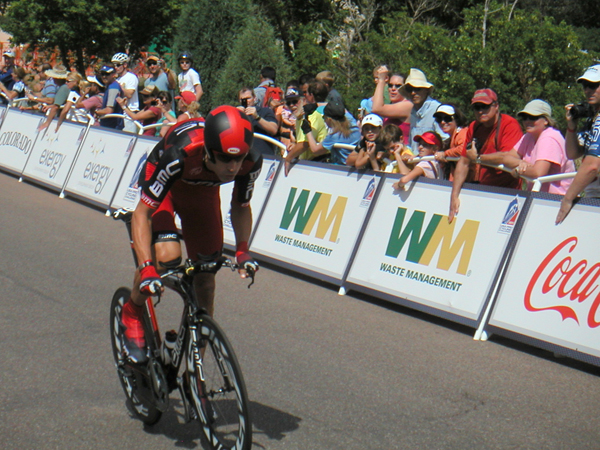 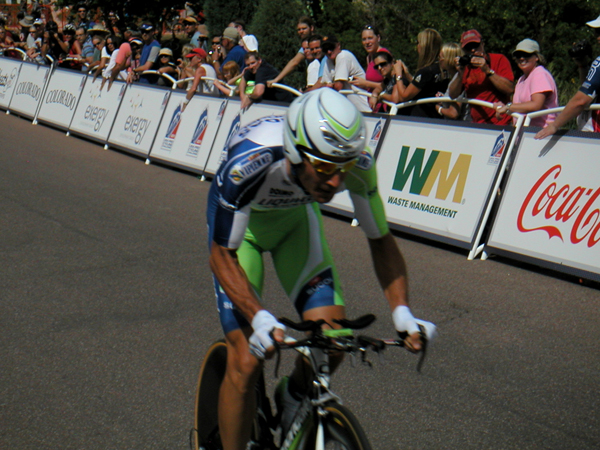 Ivan Basso takes to the course 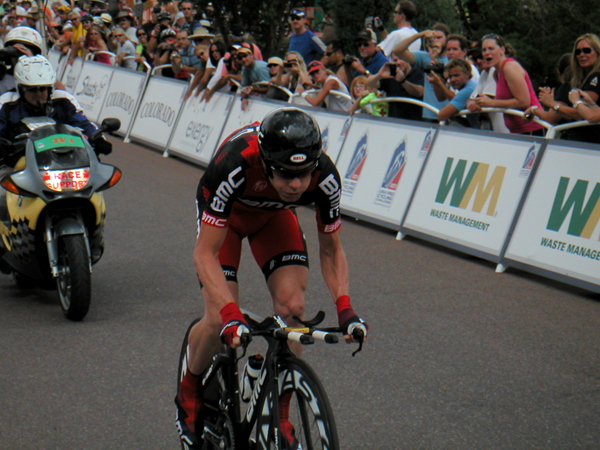 But the Time Trial ends with Patrick Gretsch taking the yellow jersey at the finish line.

For the second Time Trial, our neighbors Motor in the Mini with us on Thursday to Vail. The tour has been going on for two days: First day from Salida to Mt. Crested Butte then on to Aspen over both Cottonwood and Independence passes for the second day. 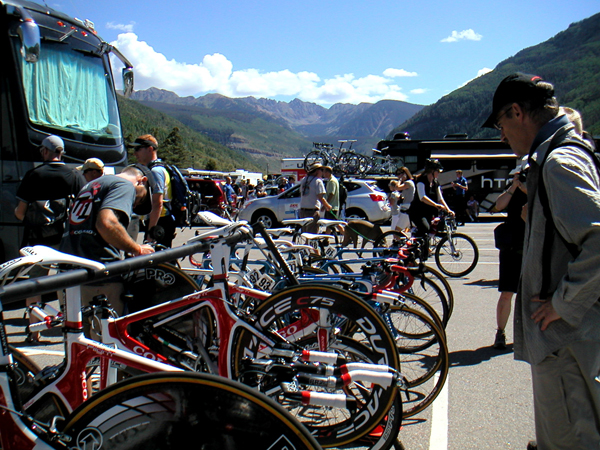 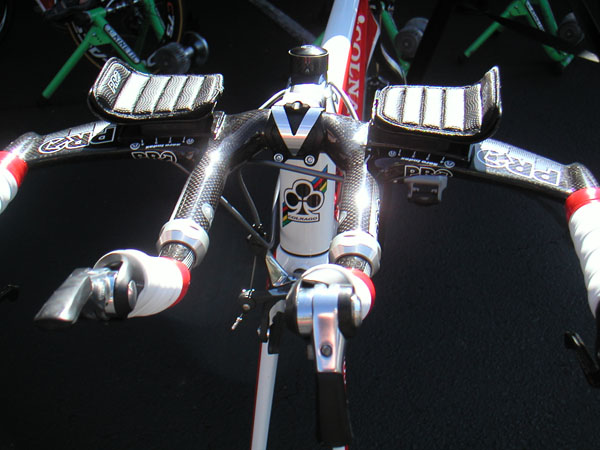 The beauty is in the details - what a racing machine! 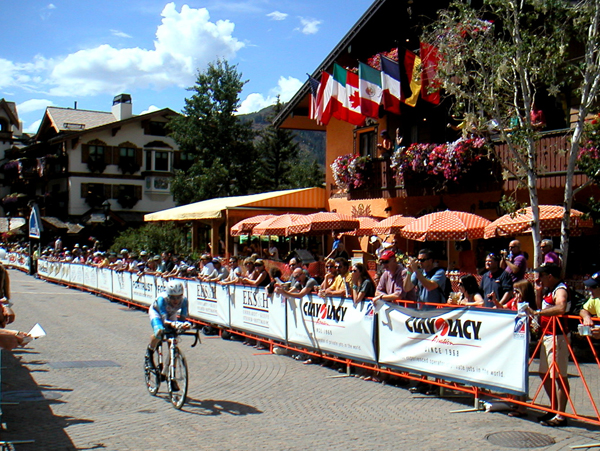 Racing against the clock through the streets of Vail, Co 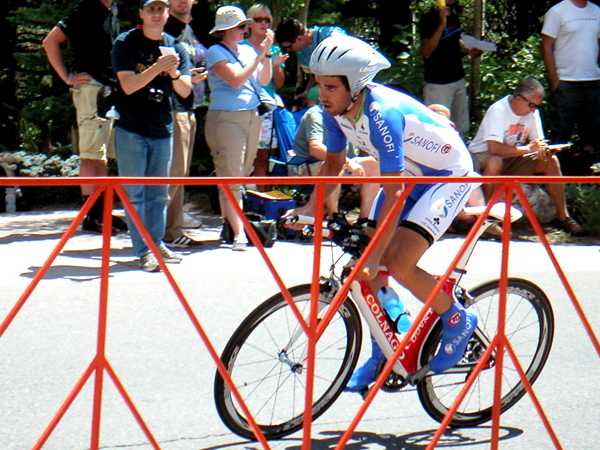 Toughing it up the hill on the way out of Vail, CO 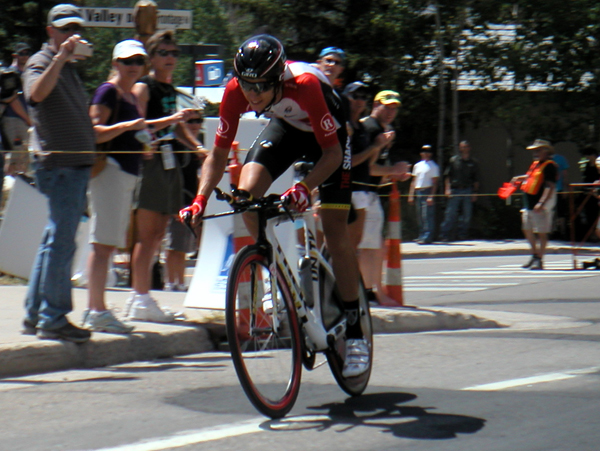 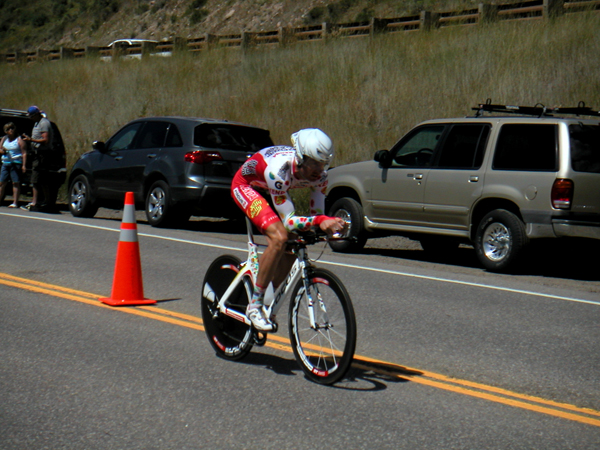 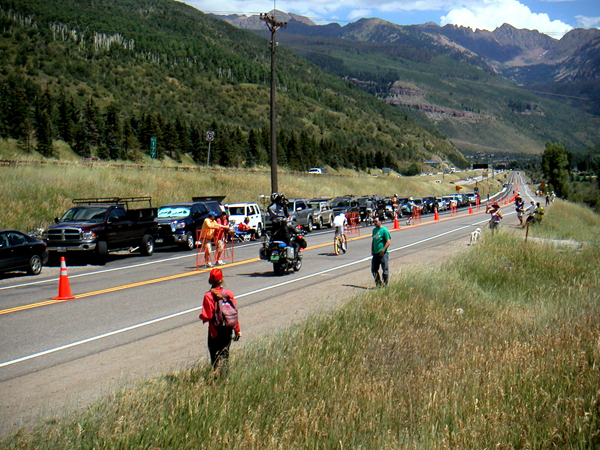 The day in Vail finishes with German beer at Sonnenalp and toasting Levi, who has not only regained the yellow jersey but set a new record for the course. 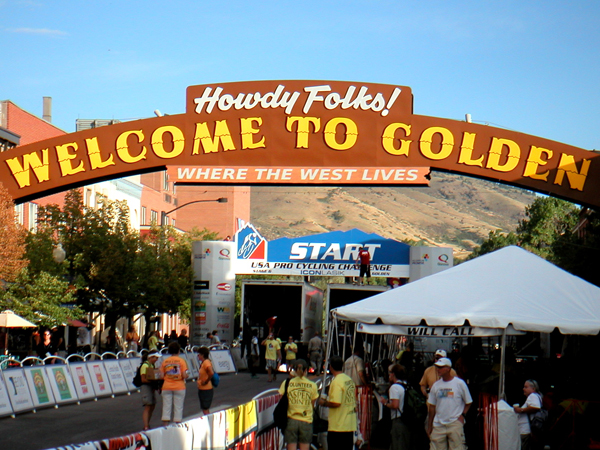 Howdy Folks, welcome to the final day of racing

Two more days of racing later: Avon to Steamboat Springs and then Steamboat to Breckenridge, we come to the end of the week, Stage 6, and literally the race to the finish line. 73 miles from Golden to Denver, with a detour up and over Lookout Mountain, the last King of the Mountain stage. We  arrive at the start line at 7:30 to get a good viewing point (as well as parking spot). 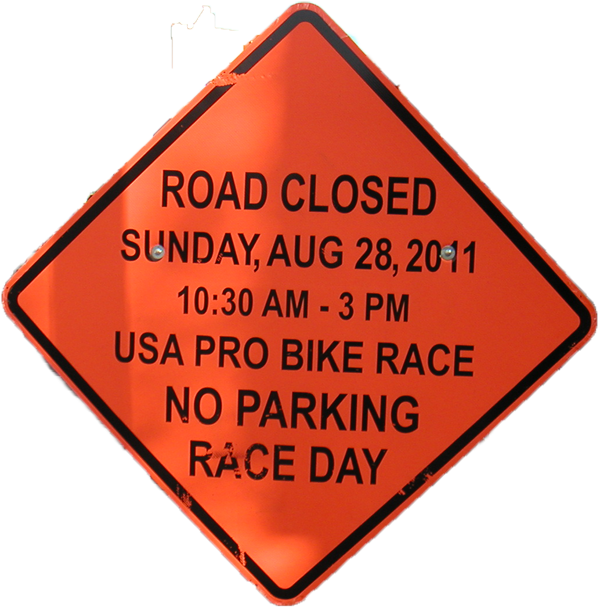 Great day for a race 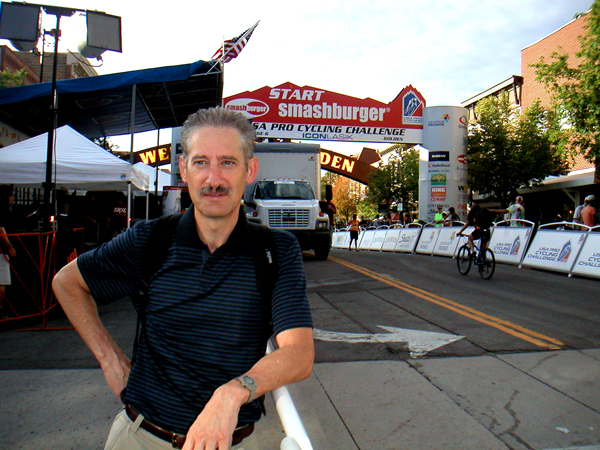 A great day to celebrate 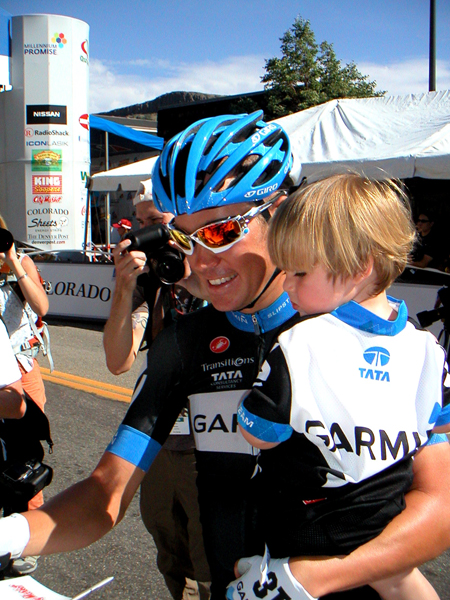 Tom Danielson training his son to give high-5 and signatures 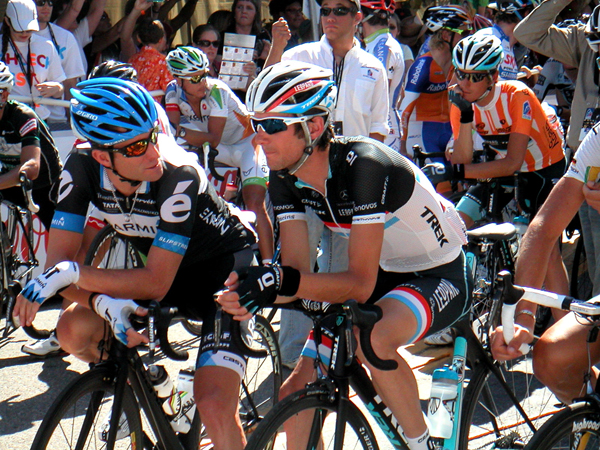 Andy and Frank stratergizing their ride to Denver. The Schleck brothers finished two and three for podium finishes at the Tour de France 2011 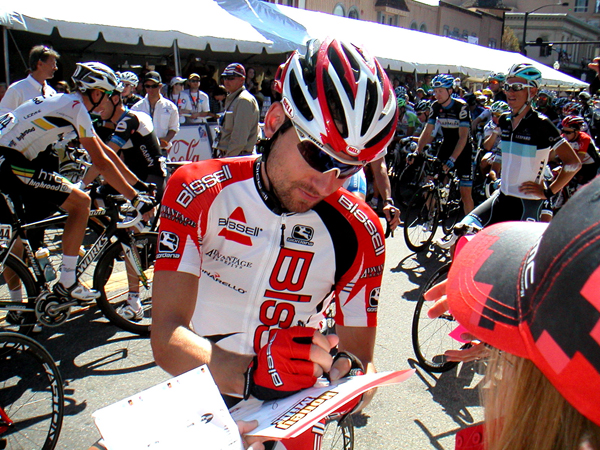 Paul Mach #126 signing in with Pam 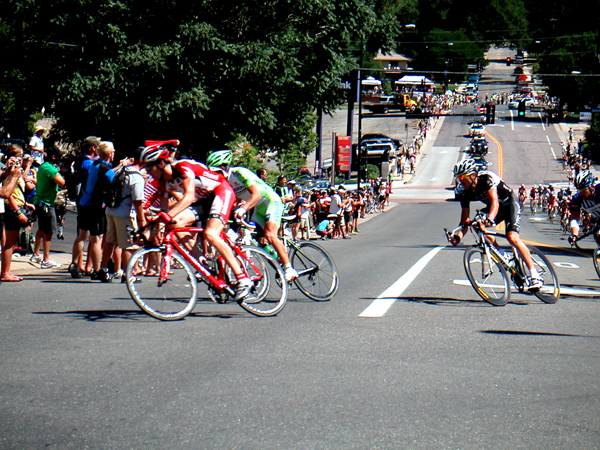 Pedaling up 19th Street in Golden: Lookout Mountain climb is over with the final stretch into downtown Denver ahead 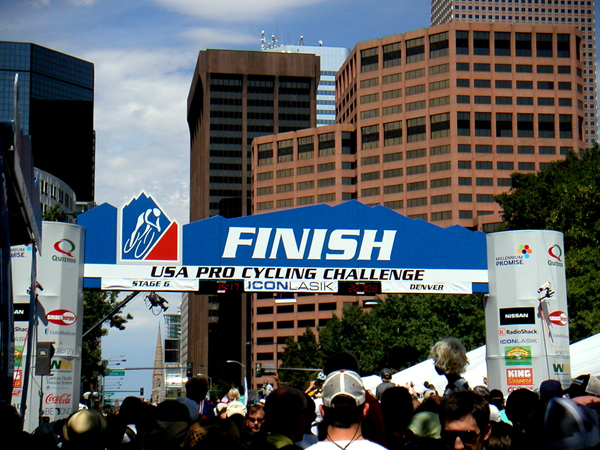 Thanks to all the riders for a great week of racing!

This entry was posted in Colorado, Sports. Bookmark the permalink.

One Response to USA Pro Cycling Challenge 2011 in Colorado