25 January, we left Palm Desert and headed to LA. This was the view we had that morning of the exterior of the Disney Concert Hall – nice lighting. 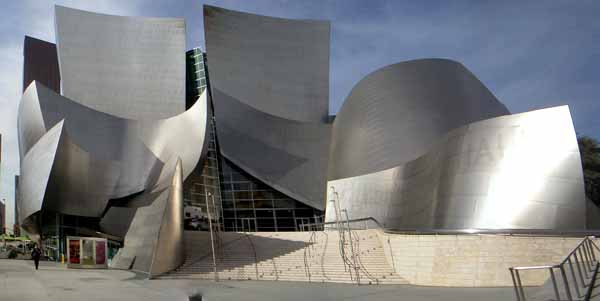 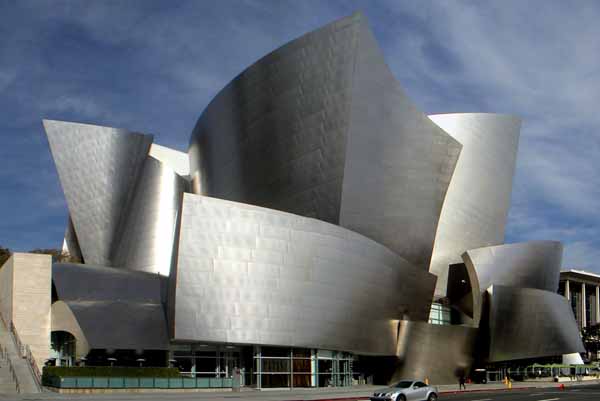 We took the self guided walking tour of the building. With the audio wand, we listened to Frank Gehry explaining his building, concepts and construction decisions. It was a great way to explore the facility although it does not take you into the main concert hall. 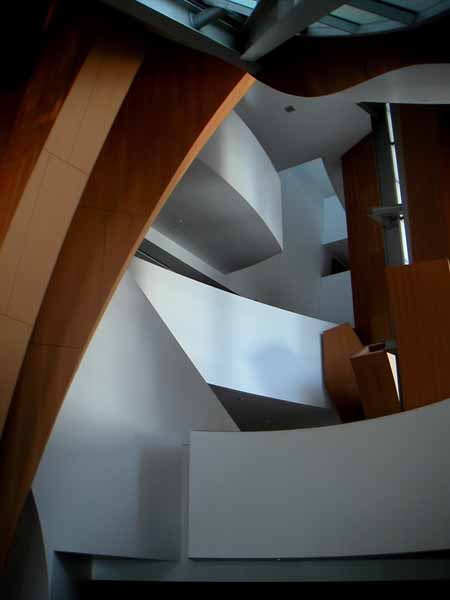 The self guided tour takes you to an upper level garden in an outdoor plaza as well as another floor higher to look out over the city. 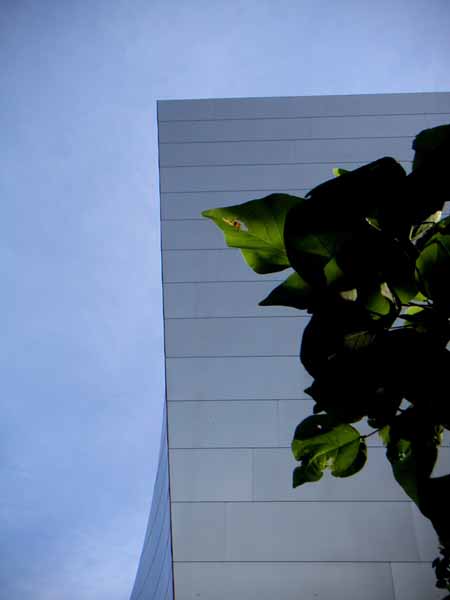 Looking up in upper level courtyard

Henry liked the negative/positive spaces he captured in this photo. 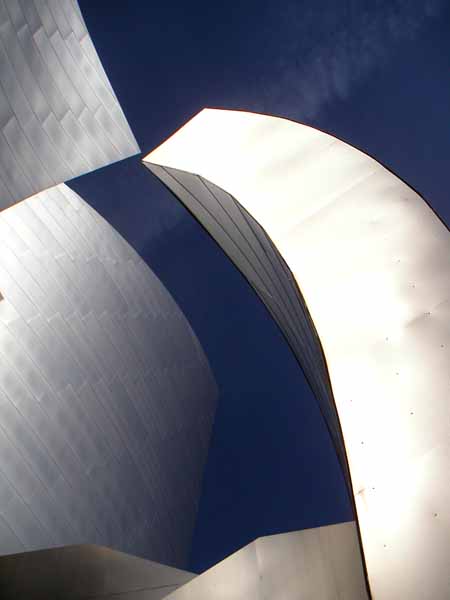 Looking Up from the exterior top walkway

This entry was posted in Architecture, California. Bookmark the permalink.