Saturday, 4 December 2010 we visited Death Valley National Park – Henry’s last National Park in the continental USA west of the Mighty Mississippi. We camped at Texas Springs and saw a star gazing program with the ranger at Zabriskie Point. Here is a picture during the day 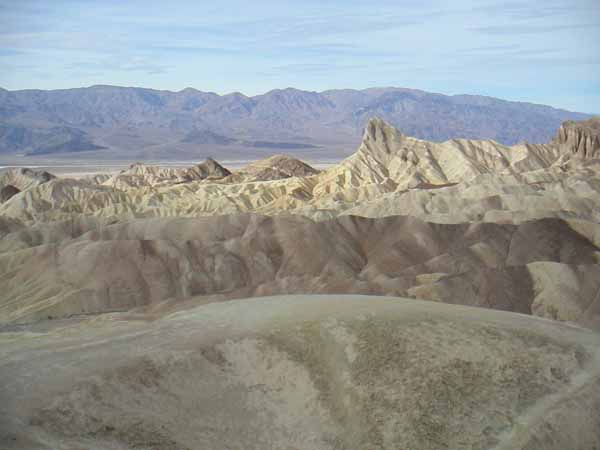 Later in the day we hiked Golden Canyon and came upon this bit of wildlife. The ranger told us it was a male Tarantula as the females are even a bit larger, since this one was as large as Henry’s hand. 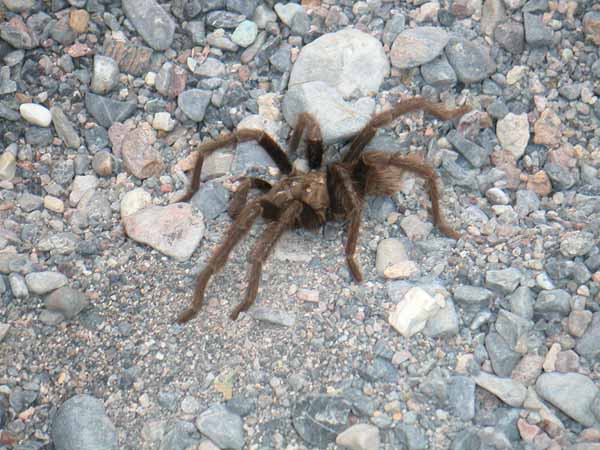 As we were waiting for a ranger led walk through the dunes, we read about the park in the newsletter…noticing the picture was taken where we were sitting. It was a good nature walk as we learned about the creosote bushes and how the kangaroo rats lived in the roots – we saw some tracks but only saw a stink bug. 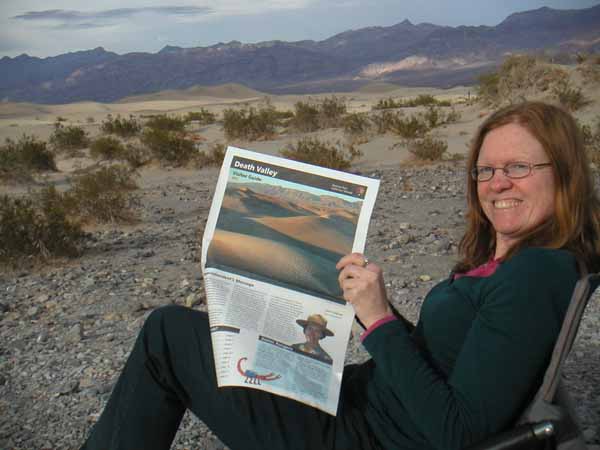 We stayed and watched the sunset before camping a second night at Emigrant Pass. More star gazing tonight as it looks very clear. 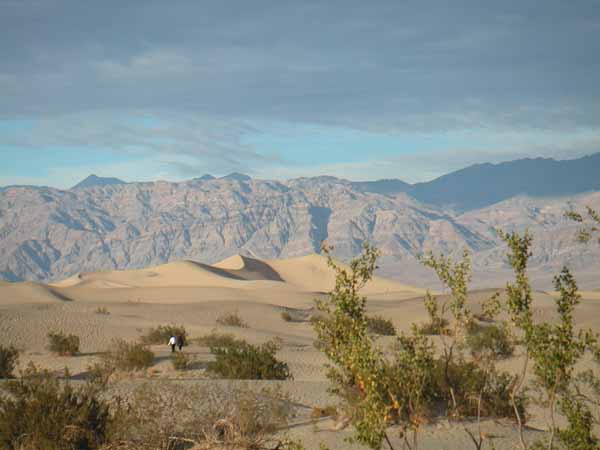 This entry was posted in California, Hiking, National Parks. Bookmark the permalink.